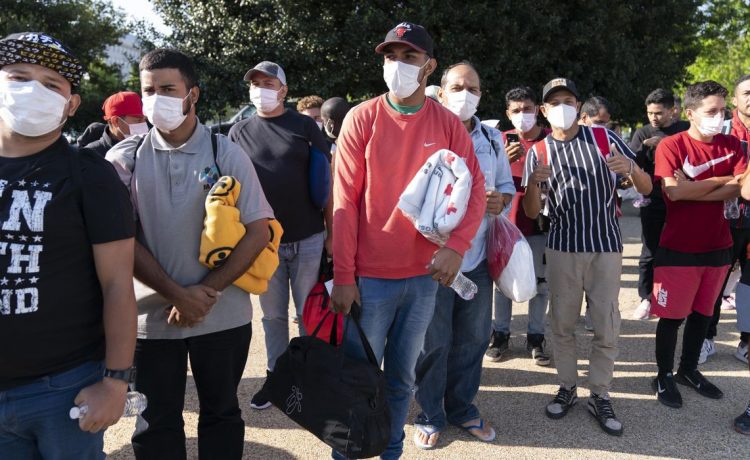 The chairman of the U.S. Conference of Catholic Bishops’ migration committee chastised the Biden administration and red-state governors for their handling of immigration and called for all sides to collaborate on better treatment.

Bishop Mario E. Dorsonville, auxiliary bishop of the Archdiocese of Washington, said efforts to ship migrants, “and in some cases intentionally deceive them,” are “unbecoming of a moral society.”

He also lashed the Biden administration for its announcement last week that it would expand use of a Trump-era policy to expel new illegal immigrants at the border with Mexico.

“Neither situation reflects a ‘safe, orderly and humane’ immigration system, but their shared irreverence for human lives is all too common in our present culture,” Bishop Dorsonville said in a new reflection published by the conference.

He said it’s time for a broad immigration deal that would legalize illegal immigrants, expand legal immigration, cut down on detention of those here illegally and address “root causes” of migration.

“National, state, and local governments must work collaboratively with one another and civil society to devise a collective and humane response to the unavoidable reality of migration, seeking to embrace the potential it offers. In this context, strong federal leadership is especially important,” Bishop Dorsonville wrote.

His criticism of the Biden administration follows an announcement by Homeland Security Secretary Alejandro Mayorkas last week that Venezuelans, who have stormed the border in staggering numbers in recent months, will no longer be caught and released, as had been the general practice.

Mr. Mayorkas said 24,000 Venezuelans who apply to come legally and who can find a U.S. sponsor will be admitted under his “parole” powers, but others who show up without the protection of his parole program will be quickly expelled.

Immigrant-rights activists cheered the parole program but blasted the expulsions, saying it would deny Venezuelans a legal right to request asylum.

Bishop Dorsonville said those asylum protections were put in place “as a response to horrors witnessed during the twentieth century.”

The Republican governors said they are trying to share the burden of the current unprecedented migrant surge with other states.

Some of the migrants Mr. DeSantis shipped from Texas to Martha’s Vineyard, Massachusetts, have sued, arguing they were fooled into agreeing to get on the plane.