Celebrity Couples Who Got Engaged Or Married In 2022 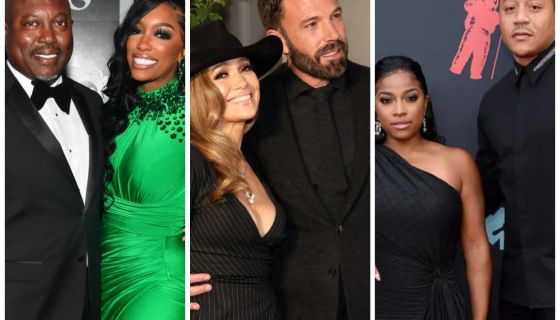 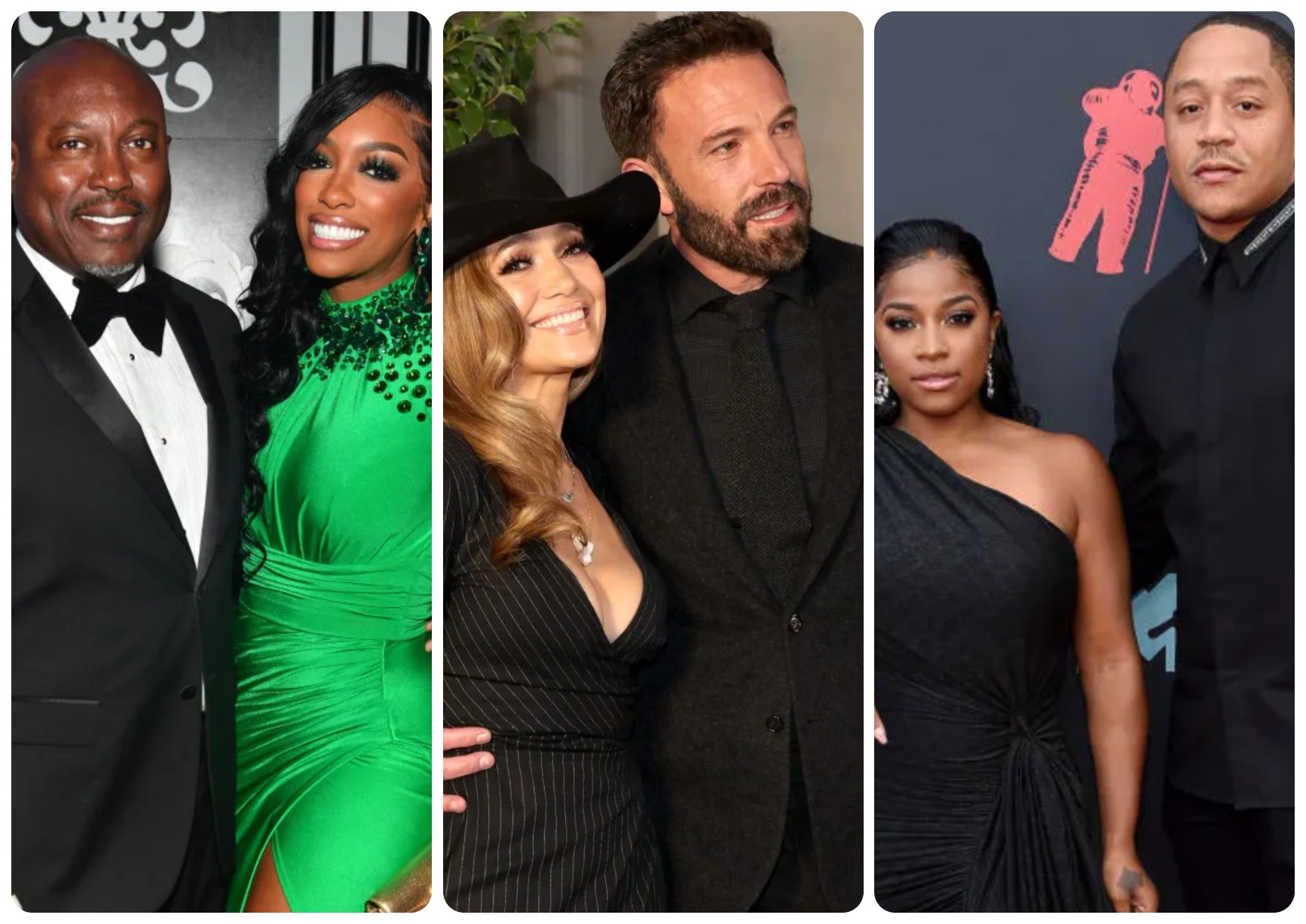 In 2022 love was in the air, especially for some celebrity couples who made things all the way official with proposals and wedding ceremonies.

As the year comes to a close, we’re reflecting on the celebrities who proudly posted their love and sparked heart-eye goo.

From super-secret and swoon-worthy nuptials to super-secret engagements, see 2022’s headline-making lovers below.

Ben Affleck and Jennifer Lopez’s block-spinning love story peaked when they tied the knot this year. The couple eloped in July in Las Vegas after Affleck proposed in April. 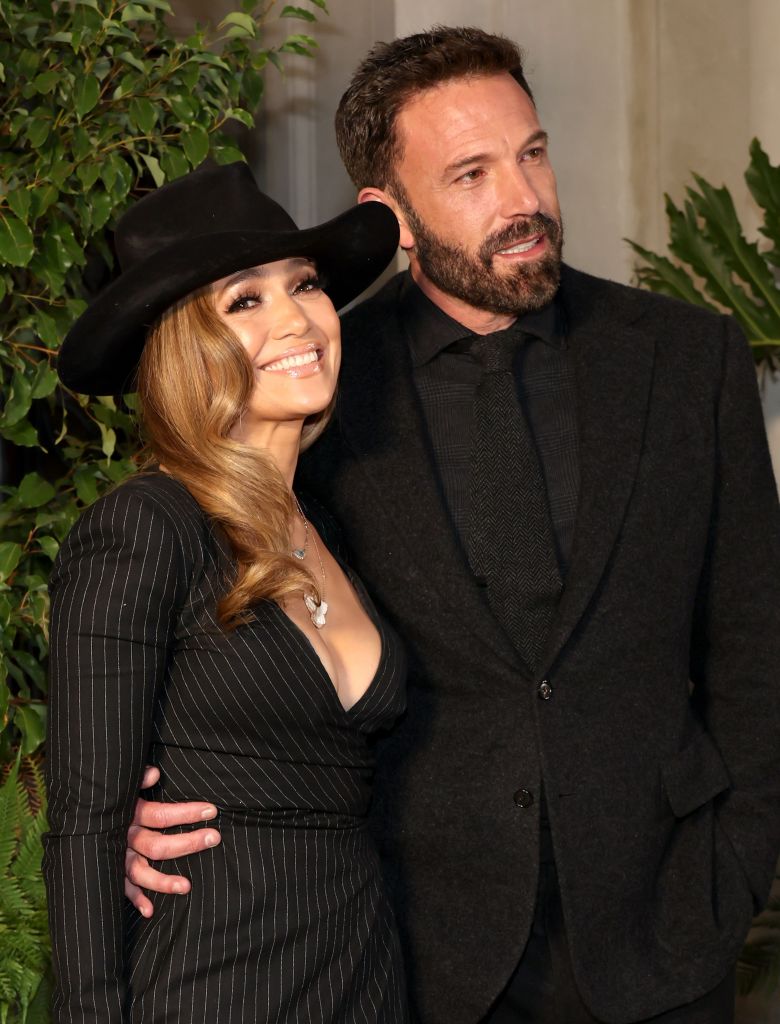 Their love story came nearly 20 years after their first relationship. Bennifer 1.0 originally called off their first wedding in 2003 because the media sucked the fun out of it but five kids, two other marriages, and one engagement later, they’re back like they never left.

“Years ago, we had no idea the road ahead would mean navigating so many labyrinths and hold so many surprises, blessings, and delights,” wrote Jen about rekinlding the flame with her love.

“It all culminated in this moment, one of the most perfect of our lives. We couldn’t have been happier. I wish all of you the same kind of happiness…the hard-earned kind that’s all the sweeter for the journey that came before it.”

They celebrated their wedding with a second glamorous ceremony in Georgia on Saturday, August 20.

The romantic nuptials were held at the Horse Mansion in Fairburn, Georgia, according to PEOPLE who got the scoop from the newlyweds. Jesseca Dupart revealed to the outlet they chose the day to signify they are true “twin flames.”

Yesterday was a DREAM COME TRUE . We OFFICIALLY are BOTH Mrs. Harris-Dupart. Being surrounded by our closest family and friends we celebrated our LOVE STORY . WE IZ MARRIED NAH,” the happy couple captioned their pics.

“We’ve been calling each other twin flames for a while. So this date, 2/22/22, is a significant event. We just didn’t want to miss it because it comes once in a lifetime,” Dupart continues. “It’s relevant. It’s just real significant to our relationship. It signifies angel numbers, and it also is reminiscent of twin flames.”

Sharing their wedding photos to her Instagram, Jesseca shared moments from the wedding including the first look at each other before walking down the aisle. The beauty mogul arrived in a horse and carriage as Da Brat waited patiently with her groomsman, Jermaine Dupri.

One hundred guests were reportedly in attendance for the event including Brat’s sister and bridesmaid, LisaRaye McCoy. A few ladies from the RHOA franchise, Eva Marcille, Porsha Williams, Shamea Morton, and Kandi Burruss were there celebrating the couple and Jesseca’s brother actually officiated the ceremony.

Singers Keith Sweat and Le’Andria Johnson both sang at the ceremony.

No one had more extravagant nuptials this year than Porsha Williams and Simon Guobadia.

The #RHOA alum wed the businessman over Thanksgiving weekend during two elaborate and extravagant ceremonies.

She had a traditional wedding at Atlanta’s Peachtree Methodist church that was officiated by Rev. Dr. Jimmy Horton and Pastor Joshua…

before going on to have an extravagant reception at the St. Regis Hotel that featured a 10-tier wedding cake that Porsha and Simon needed a knife to slice. It also featured four of Porsha’s seven wedding dresses.

They also had a Nigerian native law and custom that took place at the Four Seasons Atlanta in front of 250 guests. The traditional ceremony honored the traditions of Simon’s hometown of Benin City in Nigeria’s Edo State.

“The Kingdom of Benin 🙌🏾,” Porsha captioned the Bricks Group Media Films video. “I married my King on this day 11/25/22 👑❤️ Honoring my husbands culture & my 44% was my top priority! He loved every minute.! #PorshaGuobadia Eseosa #EdoBride

The couple shared exclusive details about their wedding with Vogue and revealed that their 2-year-old daughter Freeya Carel served as the flower girl while Danielle’s father, Dunnel, walked her down the aisle.

Danielle also revealed to Vogue that she always dreamed of having two dresses for her big day and she chose two designers who hold special meaning; Project Runway alum Christian Siriano and designer Oluwagbemisola Okunlola, the creator of Alonuko.

Siriano has outfitted the actress for years and Danielle enlisted him to create a custom-made three-in-one dress that transformed from a ball gown into a mermaid-style gown and then pants.

As for her dress designed by Okunlola, Danielle noted that she wanted to shine a spotlight on a Black designer.

“I feel like when it comes to the wedding process, Black creatives aren’t highlighted enough,” said Danielle. “Alonuko gave me the dress of my dreams. She flew all the way from London to make sure it arrived. I knew I wanted her one-of-a-kind, flesh-toned mesh with custom embroidery and a big huge skirt. Wearing her dress made me want to get married every day, I loved it so much.”

The couple who performed a wax seal ceremony, where they melted wax and sealed love letters that they’ll open at their one-year anniversary, “ugly cried” during their ceremony before moving into their “Chocolate Love” themed reception. The chocolatey theme flowed perfectly with the couple’s previous engagement photos which were bursting with Godiva goodness.

Wedding planner Darryl Moore of D’Concierge Wedding told Vogue that he worked to make the space feel like guests were dining in a box of Godiva chocolates with decor in a palette of jewel tones and gold.

The beautiful couple said their “I do’s” amongst family and friends and Toya gushed that she finally got her “fairytale ending.”

Hours before the ceremony Red took his followers down memory lane and penned a sweet message to his soon-to-be wife on Instagram.

Mrs Rushing Let’s Do It!!!
#RushingDownTheAisle

Toya responded back in the comments, “I’m so ready to be your wife Mr. Rushing❤️.”

The two have been dating since 2017 after meeting in Las Vegas through a mutual friend.

The couple also share a 4-year-old daughter named Reign Ryan Rushing, whom they welcomed a year into their relationship.

Prior to them tying the knot, Red spoke of the moment when he knew Toya would eventually become his wife. He recalled how they bonded initially as friends after the tragic loss of her brothers.

“When she lost her brothers…’cause we were just kicking it. It’s cool, I like her. You know, we getting to know each other,” Red explained on the Big Facts podcast. “But when she went through that, just being there with her and the time we spent after that, that’s when I was like, ‘That’s the one.’”

Toya also spoke about that time in her life and discussed how Red stepped up to the plate.

“During that time, he was very on it. Red took care of it, made sure they got there. He didn’t even tell me he was coming,” she said. Came, paid his respects, and dipped and was with me. Took me away.”

The couple both shared photos of the wedding to their respective Instagram accounts using the same caption: “July 9th, 2022… Per sempre 💙,” using the Italian phrase that means forever.

Their wedding came two years after their original wedding date, which was pushed back twice due to the COVID-19 pandemic.

The newlyweds met in 2015 at a bar in Los Angeles and got engaged in 2019 after welcoming their daughter, Nora.

For the special occasion, the happy couple both wore custom Dolce and Gabbana. According to a press release shared with PEOPLE, the groom donned a custom bordeaux tuxedo featuring peak lapels and silk satin trim with a white tuxedo button-up. The bride went with a simple white gown with a structured bustier. She completed the look with a gathered skirt and thigh-high split and white satin sandals.

The newlyweds enjoyed their ceremony at Villa Mangiacane in Tuscany, according to Vogue, where vineyards and olive groves completing the beautiful scene. Senicar opened up about the sentimental inspiration behind the location, telling the outlet, “We always knew we wanted to get married in Italy because going there was the first trip we ever took together.”

The greatest gymnast of all time, 24, shared on Instagram that her boyfriend Jonathan Owens, 26, popped the question during a super sweet surprise proposal.

“THE EASIEST YES,” Simone captioned the pics of the Houston Texans player down on one knee. “I can’t wait to spend forever & ever with you, you’re everything I dreamed of and more! let’s get married FIANCÉ”

“Ready for forever with you ❤️,” Owens wrote in the seven-time medalist’s comments.

Simone’s pics also showed a closeup of her gorgeous ring that featured an oval-shaped center stone and a diamond band. The ring was designed by Zo Frost of ZoFrost & Co. jewelry and  Shane Co. Buyer Amanda Trevizo estimates that it costs between $125K-$250K.

“Simone’s ring is an oval cut diamond accentuated with a beautiful hidden halo in either white gold or platinum setting. Her delicate pave band has diamonds on all 3 sides which really adds a ton of sparkle. This diamond is estimated to be 4-5 carats, the quality is expected to be exceptional and could be valued at as much as $125- $250 thousand dollars.” –

Back in January Coca Vango popped the question to fellow rapper LightSkinKeisha in front of their close friends.

“We’ve been cool for like 10 years and together for like three and a half and I could not do anything that I’ve done in my career without this girl right here,” said Coca before dropping down on one knee. “I really wanna know in front of everybody, will you marry me?”

Vango popped the question with a 20-carat rock designed by award-winning jeweler Mint Boy of TheMintBoy Jewelers. The rock was an emerald-cut Morganite stone with a completely diamond-encrusted halo band.

The two are still going strong and prepping for the wedding.

Atlanta entrepreneurial couple got engaged at this year’s 2022 ESSENCE Festival.

The two were on a panel together when Hayes got down on one knee.

An emotional Cole was seen crying while Hayes thanked her for having his back and placed the ring on her finger.

The couple’s engagement at Essence was especially serendipitous because the couple covered a recent issue of the magazine. They welcomed their second child together in July.