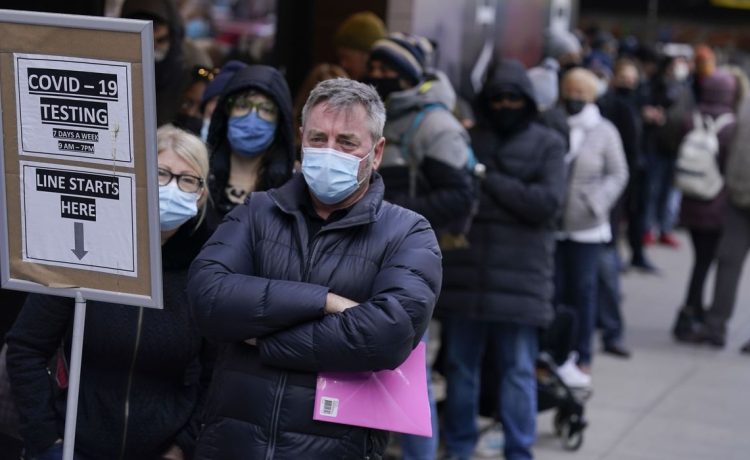 Nearly 3 million Americans cited COVID-19 as their reason for not working last month, according to new Census Bureau data.

A projected 1,880,551 out of 94,318,693 non-working adults in December were either “sick with coronavirus symptoms or caring for someone” with them, including long COVID symptoms, the bureau reported Thursday.

And an estimated 1,014,887 Americans did not work because they were “concerned about getting or spreading the coronavirus,” the Census found.

Census researchers extrapolated the numbers from data collected Dec. 9-19 in the latest Household Pulse Survey, a weekly measure of pandemic social impacts that launched in April 2020.

“Workers learned for the better part of two years that COVID is the best possible excuse for not working,” said Jeffrey Tucker, president of the free-market Brownstone Institute for Social and Economic Research, commenting on the survey.

The bureau did not provide any interpretation of the numbers.

“The Census Bureau collects and makes these data available to the public for further analysis. We do not have any specific analyses of these findings,” the U.S. Census Bureau said in an email to The Washington Times.

In the most-cited answer last May, 28% of respondents said personal illness kept them from looking for work, unchanged from November 2021. Another 27% blamed the need to care for others at home — an increase of four percentage points over the same period.

The research shows labor force participation has “not yet recovered to pre-pandemic levels,” said Curtis Dubay, chief economist for the Chamber of Commerce.

“There are a number of reasons for that, including retirements, a lower amount of legal immigration, childcare challenges, and padded savings from the pandemic,” Mr. Dubay said in a statement Friday. “But another factor that has continued to stick around is people saying that being sick is keeping them out of the workforce.”

In May’s survey, 66% of respondents who lost jobs during the pandemic were “only somewhat active” or “not very active at all” in seeking work. Another 24% said government aid packages during the pandemic “incentivized them to not actively look for work,” the business lobbying group reported.

The roughly 2.9 million Americans whom the Census estimates avoided work for COVID-related reasons last month appears to equal the number who remain out of the workforce since the pandemic started.

The national workforce remains about 2.8 million Americans short of pre-pandemic levels, according to a Heritage Foundation analysis of Bureau and Labor Statistics (BLS) data released Friday.

But the Census projections that millions did not work because of COVID last month could be misleading, said Rachel Greszler, a Heritage senior research fellow.

She noted in an email that new COVID cases averaged about 450,000 a week in December, a peak time for infections. And BLS projections suggest only 452,000 people did not actively look for work over the previous four weeks because of the coronavirus, she said.

Another 1,400,052 people collected unemployment insurance benefits and 2,109,499 relied on loan deferment or forgiveness to get by, the Census reported.

“Too many Americans are receiving government handouts to not work,” Mr. Austin, an economist at the National Center for Public Policy Research’s Project 21, said in an email. “Unless the federal government pulls back, don’t expect the labor force to bounce back, COVID or not.”