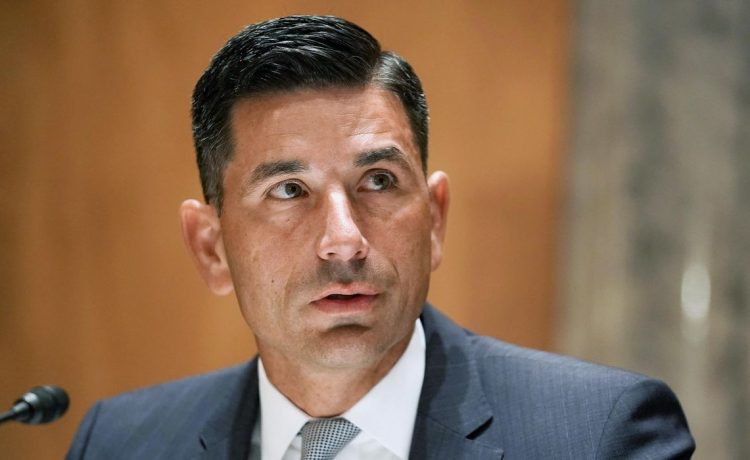 Former acting Homeland Security Secretary Chad Wolf flatly rejected suggestions that he deleted key text messages from Jan. 6, 2021, and said House Democrats’ committee investigating the matter hasn’t even reached out to him on the issue.

Mr. Wolf, speaking on the latest edition of The Washington Times’ “Politically Unstable” podcast, says he turned over his government-issued laptop and desktop computers and two cell phones when he left office, and the government has everything he ever had.

He said he didn’t conduct business over text anyway, and said it was “absurd” to suggest he had tried to expunge anything.

Questions about Mr. Wolf and former acting deputy secretary Ken Cuccinelli arose a month ago after The Washington Post reported that text messages were “missing for a key period leading up to the Jan. 6, 2021, attack on the U.S. Capitol.”

That followed previous reporting that Jan. 6-related messages from officials at the Secret Service, an agency within Homeland Security, were also lost, and so were Defense Department messages.

The stories fused together, fueling a social media firestorm, with allegations of a “coverup.” Some even compared the missing texts to Watergate and the infamous gap on audio tapes from the Nixon White House.

While all of Mr. Wolf’s and Mr. Cuccinelli’s messages appear to have been lost in the transition to a new administration, critics have zeroed in on January 2021, when the mob stormed the Capitol and disrupted the counting of Electoral College votes that confirmed President Biden’s election victory.

The House Homeland Security and Oversight and Reform committees, led by Democrats, have demanded the Homeland Security inspector general explain why he didn’t alert them earlier that messages related to Jan. 6 could not be accessed.

The two committees also charged that “Mr. Cuccinelli was using his personal phone and failed to collect messages from this device.”

Mr. Cuccinelli, in an email to The Times, rejected insinuations of wrongdoing.

“I own a personal phone, but did my work on my work phone. Though re Jan. 6, I was in the DHS virtual operations room and communicated directly to agencies there,” he said.

Mr. Wolf said complaints about missing messages are misleading when they are tied to Jan. 6.

He said it appears government records management and retention policies and capabilities, which generally call for devices to be wiped after they are returned by an outgoing employee, are the real issue at stake.

But he said nobody raised those matters with him during his time as head of the department.

“IT issues didn’t come to the acting secretary,” he said.

The question of how to handle text messages has long confounded federal agencies. Any texts dealing with government business, whether sent on official phones or private devices, are potential government records and are supposed to be stored as such.

But agencies across the government have struggled with how to achieve that goal.

During the Obama administration, Environmental Protection Agency chief Lisa Jackson faced a lawsuit over claims that she deleted texts that she was required to save.

A Washington Times review of government agencies in 2013 found few agencies had policies in place to address texting, and the National Archives, which oversees official record retention, hadn’t issued any specific guidance.