Chamber of Commerce flirts with political ‘impotency’ after endorsement gamble 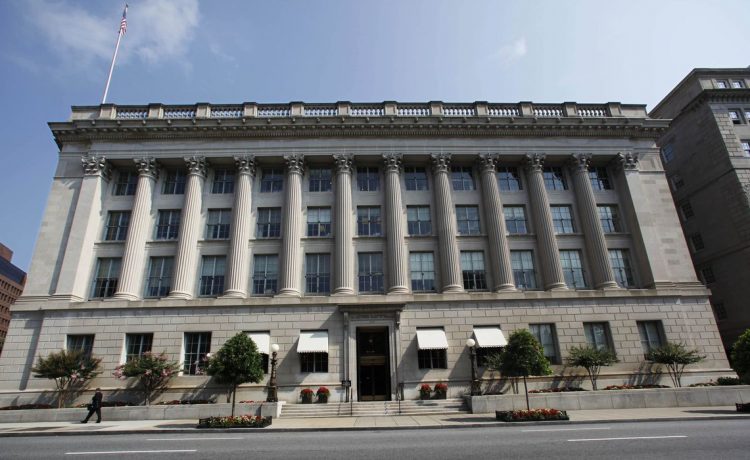 The U.S. Chamber of Commerce can’t seem to find as many candidates to back in this year’s congressional elections.

The Chamber was betrayed by Democrats it backed in 2020 who then voted against key Chamber priorities. And the organization has been appalled by the post-2020 election behavior of some Republicans it backed last time.

That has led to a major retrenchment for the nation’s largest business group, which endorsed in more than 220 races last go-around, but as of this week had picked horses in fewer than 80 races. The number of Democrats it has endorsed has dropped from 30 to 10.

The Chamber’s political action committee also has cut its contributions to Democrats’ campaigns from 36% of donations in 2020 to about 25% now, according to data from the Center for Responsive Politics.

That reverses a years-long trend of increasing support for Democrats, as the Chamber branched out beyond strictly business interests and said it was taking a more holistic look at its political positions.

Those keeping score say the Chamber got its nose whacked by the 2020 elections, when it backed the large slate of Democrats only to see President Biden and a Democrat-controlled Congress pursue an agenda markedly at odds with many of the organization’s priorities.

Grover Norquist, head of Americans for Tax Reform, said the Chamber’s more cautious approach to Democrats this year suggests the organization is somewhat taking lessons of 2020 to heart.

“What this was was a bunch of guys on the board of directors who made a foolish mistake and they’re slowly backing away from the foolish mistake by repeating it at a smaller level,” said Mr. Norquist, whose group sometimes overlaps and sometimes battles the Chamber on issues. “When you do something dumb and then you decide to do something half dumb, that’s sort of progress, I guess.”

The Chamber says its more reserved approach to politics this year goes beyond Democrats and seeks to zero in on a few real decision-makers.

“Sustained majorities are fleeting, and a few members control critical legislative outcomes. The historic passage of the infrastructure bill – a 25-year priority for the Chamber – and slashing billions of dollars of tax increases out of the budget reconciliation bill hinged on the efforts of a handful of pro-business leaders in each party,” the Chamber said in a memo this month laying out its approach for the Nov. 8 midterm elections.

“Avoiding Washington’s polarized politics is not an option for the business community or the Chamber,” the organization said. “The Chamber will continue to support candidates in both parties who embrace and back pro-business solutions and a business environment that supports jobs and economic growth.”

The Chamber didn’t provide a list of current endorsements to The Washington Times, but referred to news statements on its website. As of Wednesday morning, the tally included six Senate races — all of them GOP candidates — and 71 House races — 61 of them Republicans, and 10 Democrats.

The Chamber’s political action committee is more expansive in its support of candidates, with cash going to more than 110 candidates as of Sept. 30, according to data from CRP.

The chamber said it doesn’t consider a PAC donation the same as an endorsement.

“There are a variety of reasons we might contribute to an elected official, including alignment on a specific issue even though their overall record doesn’t rise to the level of endorsement,” the organization said in a statement.

The Chamber says its focus this year on backing a narrower set of decision-makers is smart, given the way legislation gets done.

It pointed to its backing for Sen. Kyrsten Sinema, an Arizona Democrat who played a major role in stripping out some tax increases from the budget bill Democrats powered through this summer. Though the Arizona Democrat isn’t up for reelection until 2024, the Chamber’s PAC has donated to her campaign in this cycle.

The PAC also has contributed to Sen. Joe Manchin III, West Virginia Democrat, whose seat is not up for election this year. Mr. Manchin was a key brake on Democratic leaders’ push for a massive social spending bill, forcing his party to settle for the smaller package of climate change spending, prescription drug price controls and new tax revenue.

He said if the Chamber had made critical investments that helped push a slate of rank-and-file GOP candidates over the hump, that would be a chit they could cash with party leaders.

As an example, he said the Chamber could have invested in the two Senate runoff elections in Georgia in 2021 and helped save one or both GOP senators.

Even worse for the Chamber, he said, was donating to Democrats who rebuffed the group’s goals.

The Chamber says it did get something for its 2020 investment in Democrats. In a letter to The Wall Street Journal this summer, leaders celebrated passage of a new infrastructure law that boosted future spending by $550 billion over 10 years “without a tax increase.” The infrastructure package passed largely on the strength of Democratic votes.

The Chamber also touted areas where it said its influence blunted Democratic plans, such as stopping Mr. Biden’s ideas for a global minimum tax or higher capital gains tax rates.

What the Chamber didn’t mention were votes such as the pro-union PRO Act, a piece of legislation the Chamber called “a litany of almost every failed idea from the past 30 years of labor policy.” It cleared the House, but didn’t see action in the Senate.

Of the House Democrats endorsed by the Chamber in 2020, only one — Rep. Henry Cuellar of Texas — voted against that bill.

Matt Schlapp, chairman of the American Conservative Union, said the Chamber’s strategy has “destroyed its brand and reputation.”

“They’ve successfully made both parties hate them,” he said. “Who’s going to care about their chamber score?”

One answer to that question comes from Democrats who still land on the Chamber’s endorsement list.

When Rep. Susie Lee was endorsed this month, she told her Nevada constituents that it symbolized her commitment to “deliver pragmatic solutions” on economic issues.

It’s not just Democrats who cause the Chamber headaches. The organization has struggled with how to address the fallout of 2020 election questions.

In the aftermath of the mob attack on the Capitol on Jan. 6, 2021, the Chamber had suggested it would not back some Republicans anymore. In March 2021, Senior Political Strategist Ashlee Rich Stephenson clarified that while it wouldn’t support Republicans who it believed fomented unrest, merely voting against certifying the Electoral College count wouldn’t disqualify anyone.

The chamber does, however, appear to have made a concerted effort to boost House Republicans who voted to impeach President Trump in 2021.