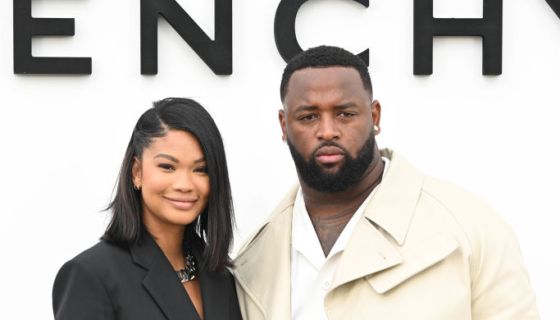 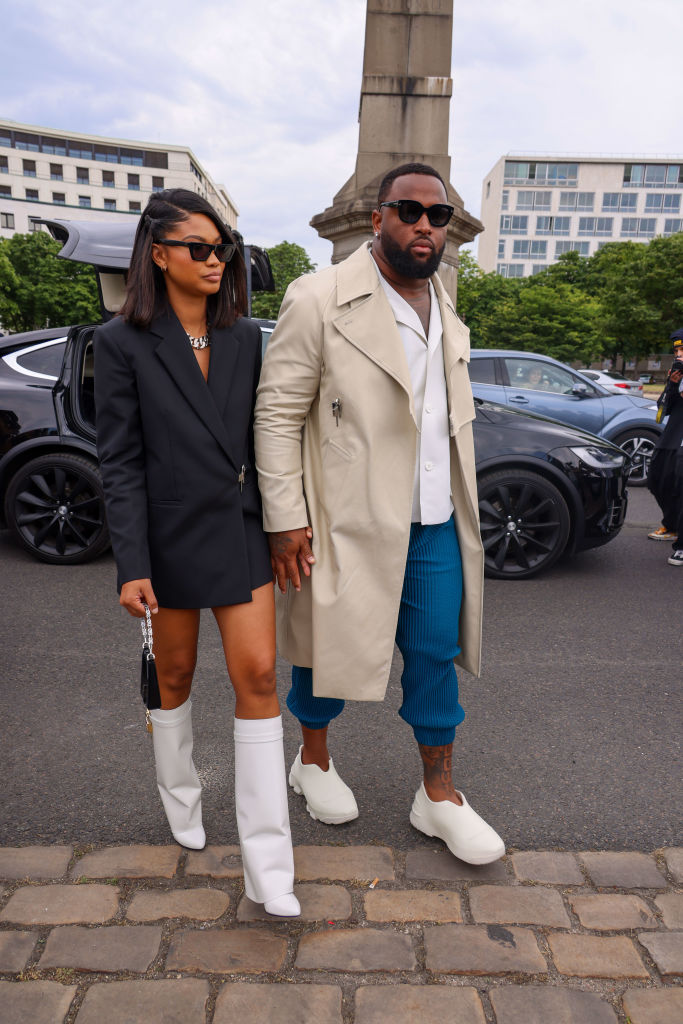 Over the weekend the Victoria’s Secret angel posted an image of Godchaux licking the “bun” cake to her IG with the caption,

“Celebrating you Big Daddy❤️ Happy Birthday! I love you”

The photo was also accompanied by a flick of the two embracing in color-coordinated outfits with the NFL’s stars hands carefully placed on her cheeks. You can swipe to see Chanel’s “Big Daddy” enjoying his carefully crafted cake.

The top model’s fans loved the derriere dessert she gifted to her sweetheart. One Twitter user said,

“This cake Chanel Iman got for her man Davon Godchaux’s birthday. Love that for them.”

Many of the IMG model’s supporters are happy to see that she is flourishing in love after Shepard filed for divorce last winter.

Her ex-husband recently revealed that he has a budding romance with Basketball Wives alum Evelyn Lozada’s daughter Shaniece Hairston.

He debuted his new relationship with the model and Influencer via Instagram just 10 months after pulling the plug on his union to Iman.

It is unclear when the spark ignited between the two but Sterling’s homies happily left good energy under the posting.

As previously reported Iman premiered her new relationship in April with a photo of her dominating defensive man at Coachella. Godchaux embraced her from behind as he kissed her on the cheek.

Some commenters were taken aback by the reveal since the divorce filing took place merely 3 months prior but Page Six reported Chanel and Sterling had irreconcilable differences that were apparent 6 months before the documents were filed.

The Atlanta native didn’t respond to any of the comments but has since posted several photos of her and her new NFL baller courtside, on vacation, and even a pic of their children together on the beach.

As previously reported, at one point the family-style posts of the children sparked drama between Chanel and the grandmother of her daughters who wondered if the kids met Chanel’s new boo too quickly.

The concerned grandma’s posts have since been deleted and Iman responded publicly to the ire with laughing emojis.

Hopefully, they are all in a better space, and Iman and her ex-husband are co-parenting amicably as Shepard requested joint custody of their two daughters, Cali and Cassie.

“Sometimes it lasts in love and sometimes it hurts instead” but thankfully there can be “love after love.”

What do YOU think about Chanel Iman still going strong with her “big daddy” Davon Godchaux?