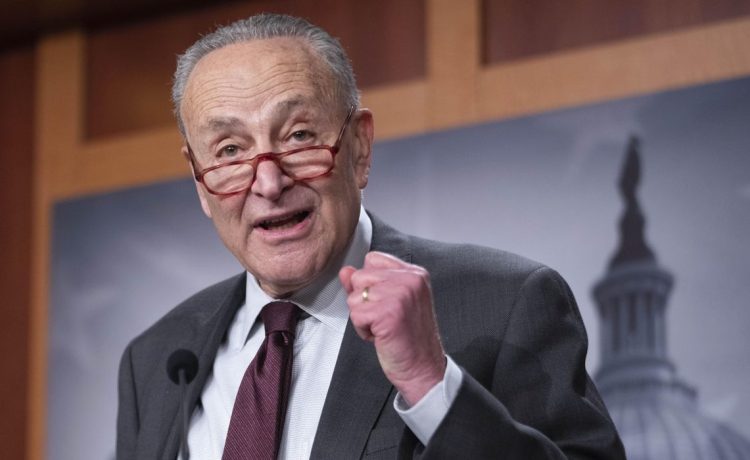 Senate Majority Leader Charles E. Schumer laid into House Republicans Tuesday for demanding spending cuts in exchange for raising the debt limit to avoid the U.S. defaulting on its debt.

The New York Democrat accused House Speaker Kevin McCarthy and “MAGA Republicans” of playing with fire when it comes to the health of the U.S. economy.

“America pays its debts. Period. There should be no political brinkmanship with the debt limit,” Mr. Schumer said. “It’s reckless for Speaker McCarthy and MAGA Republicans to try and use the full faith and credit of the United States as a political bargaining chip. A default would be catastrophic for America’s working families and lead to higher costs.”

His criticism foreshadows the forthcoming political showdown in a divided Congress as Senate Democrats and the White House say they will not engage with House Republicans in budget cut negotiations as it relates to the debt limit.

Treasury Secretary Janet Yellen has warned Congress that the debt limit is expected to be reached Thursday and that the federal government will resort to “extraordinary measures” to avoid default until lawmakers can act, likely in the summer.

Congress will need to either raise the government’s $31.4 trillion borrowing authority or suspend it if lawmakers want to avoid what Ms. Yellen described as “irreparable harm to the U.S. economy, the livelihoods of all Americans, and global financial stability.”