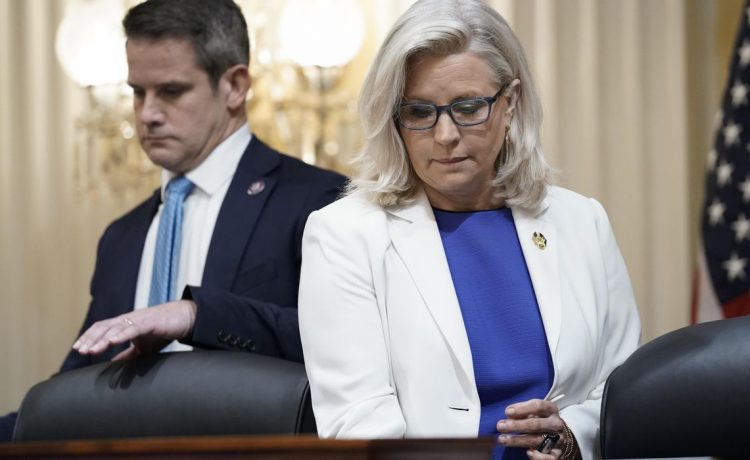 Rep. Liz Cheney, ready for defeat in Tuesday’s GOP primary in Wyoming after spending the last 18 months attacking former President Donald Trump, could rebound into a new political career as head of the “Never Trump” wing of the party.

Republican Harriet Hageman was set to prevail in the primary for Wyoming’s at-large congressional seat after voters rejected Ms. Cheney’s opposition to the former president, who won the state by 43 points in 2020.

Defeat means Ms. Cheney will soon lose her Capitol Hill pulpit, which she has used since early 2021 to denounce Mr. Trump, urge his banishment from the GOP and even push for a criminal investigation into his role in challenging the results of the 2020 presidential election.

She voted to impeach Mr. Trump for inciting the Jan. 6, 2021, riot at the Capitol and has played a leading role on a Democrat-led committee that has worked to blame Mr. Trump for the riot and prove he wrongfully tried to overturn President Biden’s victory.

Supporters say that after she leaves Congress, Ms. Cheney will resurface as an even bigger threat to Mr. Trump — perhaps by running against him in the 2024 GOP presidential race or as an independent candidate in the general election who could pull away enough votes to block Mr. Trump from winning a second term.

“She’s not going to go away,” Jim Rooks, a member of the Jackson, Wyoming, Town Council, told The Washington Times. “She’s going to become the disruptor.”

But she suggested during the same interview that she would play a role in trying to prevent Mr. Trump from winning another election, because, she said, “our nation stands on the edge of an abyss and we all have to think very seriously about the dangers we face and the threats we face, and we have got to elect serious candidates …and we’ve got to be able to come together and stop the very dangerous politics that we have all lived through over the last year and a half.”

Cheney, who has a conservative voting record, would likely need Democrats to help her advance politically because much of the Republican Party has turned its back on her, including the House Republican leader Kevin McCarthy of California, who spent Tuesday in Wyoming campaigning for Mrs. Hageman.

Democratic fundraisers poured thousands of dollars into Ms. Cheney’s reelection bid and some have already signaled they’d be willing to help Ms. Cheney again to take on Mr. Trump.

Dmitri Mehlhorn, an adviser to Democratic megadonor and LinkedIn founder Reid Hoffman, recently told CBS News that Democratic donors may continue backing Ms. Cheney, even though she is staunchly conservative, in the event Mr. Trump runs for president again.

“If people who want to end the peaceful transfer of power in the United States and change America from what it has always been into something different, if they’re around as a political force for a long time, then yeah, I could see a long-term alliance with people like Liz Cheney, even though we disagree on everything else,” Mr. Mehlman said.

“I think she’s kind of a woman without a party,” Deb Simpson, a real estate appraiser in Cody whose father-in-law, Republican Alan Simpson, served in the U.S. Senate for nearly two decades. “I don’t think the conservatives will support her, and I think once she doesn’t have the bully pulpit of the Jan. 6 committee, she’ll find the Democrats’ support for her wanes, because that’s the only reason they’re supporting her now. If you look at her voting record, she is fairly conservative.”

Recent polls show voters may be looking for alternatives to both Mr. Trump and Mr. Biden, both of whom have signaled they plan to run for president in 2024. Neither has made an official announcement.

A CNN poll released in late July found that 55% of Republican and Republican-leaning registered voters did not want Mr. Trump to become the party’s nominee in 2024. Among Democrat and Democrat-leaning voters, 75% said they want their party to nominate somebody other than Mr. Biden.

“There is an opportunity for an independent to get a lot of votes in 2024,” Ron Faucheaux, president of the non-partisan Clarus Research Group, said. “There is strong dissatisfaction with both parties. But Cheney would have to ask herself whether her candidacy would help or hurt Trump, should he be the Republican nominee. Would she take more votes from Trump or from the Democratic nominee?”

Kasey Mateosky, a construction company owner running as a Republican for Teton County commissioner, said Tuesday he did not vote for either Ms. Cheney or Mrs. Hageman in the primary and “wears a cowboy hat, not a MAGA hat.”

Mr. Mateosky said he believes Ms. Cheney won’t back off her quest to banish Mr. Trump from public office.

“I really expect her to still stay on Trump’s ass and be a burr in the saddle,” Mr. Mateosky told The Times. “Maybe her thought is to take him on in the primary just to get on the stage with him and tell him how big of an a**hole she feels he is. Maybe that’s all she wants to do. Just keep embarrassing him.”