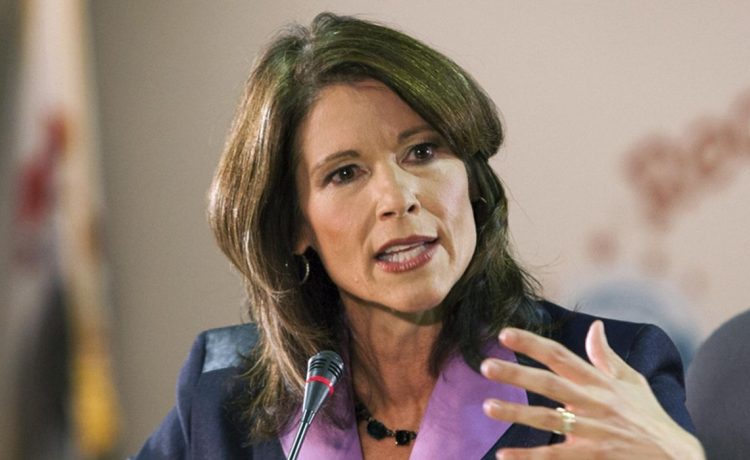 Rep. Cheri Bustos has some parting advice for her fellow Democrats: Go home, listen and remember who you work for.

Ms. Bustos, who won five elections in a rural swing district in Illinois but decided to leave Congress at the end of this year, calls herself a “reasonable Democrat” and credits her electoral success to spending time on the ground at home instead of Inside the Beltway.

“You go out to Washington, D.C., to vote but your job is at home,” Mrs. Bustos said in an interview with The Washington Times. “I went home every weekend and I worked every Saturday. I walked the aisles of grocery stores and asked people what they wanted to know.”

Mrs. Bustos, 61, will leave Congress after 10 years of laboring to defend her swing district seat.

Her redrawn district, which now favors Democrats, will be taken over by Democratic Rep.-elect Eric Sorenson and is likely to remain reliably blue territory for the next decade.

Before that, Mrs. Bustos was one of just three Democrats in the House to win twice in a district that went for former President Donald Trump in 2016 and 2020.

Rep. Ron Kind of Wisconsin, who will also leave his seat this year, and Rep. Matt Cartwright of Pennsylvania, are the other two members. Only Mr. Cartwright will remain in Congress next year.

Mrs. Bustos, an advocate for the agricultural and farming industry, said retail politics is key to winning over independent and conservative voters.

One source of the congresswoman’s inspiration for legislation she championed was by hosting “Cheri on Shift” days when she would shadow people on their jobs in her district.

“The district that I represented has been one that you better be able to understand the people in it because if they’re going to vote for Donald Trump at the top of the ticket and vote for me down ballot, you’ve got to be able to resonate with people,” Mrs. Bustos said. “Typically, I would tell people at home they are my bosses. The speaker of the House is not my boss. The president is not my boss. I don’t report to my colleagues.”

Last year, Mrs. Bustos issued a report based on interviews with other frontline Democrats about getting out a winning message to voters in an era when all politics are plagued by a “red team, blue team” mentality.

In recent years, swing district Democrats have become more vocal in resisting their liberal colleagues who have pushed the party further left.

In 2020, several Blue Dog members and centrist Democrats lost seats to Republicans, which was blamed on far-left cries to “defund the police.”

This year, the Democratic caucus created a “Battleground Leader” position on the leadership team to give swing district members a more amplified voice in the caucus. The caucus elected Rep. Abigail Spanberger of Virginia to the post.

Mrs. Bustos said her party has shifted, recalling a time not too long ago when she lead the House Democrats’ campaign arm and worked to ensure candidates fit their district.

She also led an initiative with the centrist New Dem Coalition to co-lead its Rural Task Force with Rep. Cindy Axne of Iowa. Ms. Axne lost her seat this year to Republican Zach Nunn.

Today, primary challenges from the left against moderate incumbents Democrats who are more moderate have become more common, which Mrs. Bustos said signals the party is becoming ideologically inflexible.

She said she’s been threatened to be primaried in recent years over her refusal to back leftwing proposals like Medicare-for-All and the Green New Deal.

“When I would get threatened with a primary, I would say, ‘Have at it. It’s a democracy. … But keep in mind that this is a Trump district and if someone comes out of our primary who is so far left the voters can’t accept that, then you lose a seat,’” Mrs. Bustos said.

While in Congress, Mrs. Bustos said her biggest accomplishments have mostly been at the district level, including getting funding for key projects in her districts and delivering constituent services, which earned her recognition from House Democratic leaders.

The congresswoman also noted her success in spearheading a bill to end forced arbitration in workplace sexual assault and harassment cases.

Mrs. Bustos first introduced the bill in 2017. It finally passed this year with bipartisan support in both chambers. President Biden signed it into law in March.

As for what’s next, Mrs. Bustos said she wants to still have one foot in Washington and another at home, helping her party work towards common sense policy.

“I’m still navigating that,” Mrs. Bustos said. “I want to make sure I’m in a position to help Democrats and work towards the politics of not just middle America, but middle politics.”