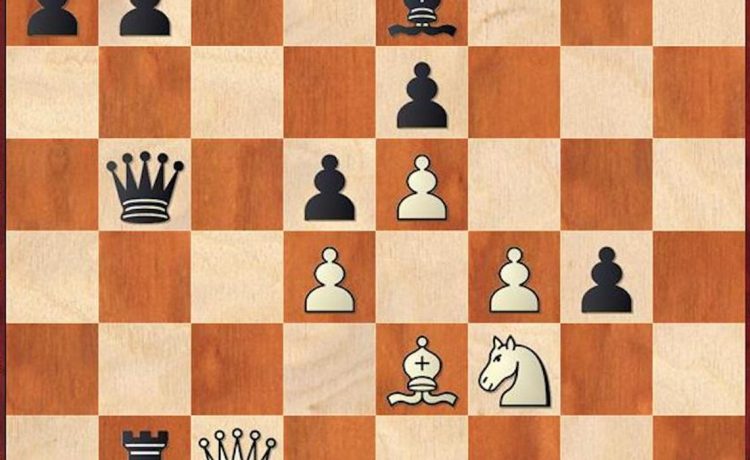 Well, our beloved game is generating front-page headlines, getting coverage on the big network broadcasts and serving as the focus for deep-think pieces from pundits the world over.

Of course, all the attention isn’t due to some amazing combination or hard-fought match but to the contretemps kicked up by world champion Magnus Carlsen’s charges that young American GM Hans Moke Niemann cheated to win their game at last month’s 9th Sinquefield Cup in St. Louis.

Niemann staunchly denied it, but Carlsen has kept up his protest, forfeiting a subsequent online game against the American after just one move and issuing a new statement last week that he believes that “Niemann has cheated more — and more recently — than he has publicly admitted.”

“His over-the-board progress has been unusual,” Carlsen’s statement read in part, “and throughout our game in the Sinquefield Cup I had the impression that he wasn’t tense or even fully concentrating on the game in critical positions, while outplaying me as Black in a way I think only a handful of players can do. This game contributed to changing my perspective.”

“We must do something about cheating,” the champ continued, “and for my part going forward, I don’t want to play against people that have cheated repeatedly in the past, because I don’t know what they are capable of doing in the future.”

The cheating allegations and the plain fact that today’s chess-playing computers can easily out-calculate Carlsen, Niemann and every other grandmaster these days is of course what caught the wider world’s attention. So far, no one has offered hard proof that Niemann did bend the rule or how he might have done it, and, significantly, the U.S. chess officials announced he will be in the field for this week’s U.S. Chess Championships at the St. Louis Chess Club.

Even expert chess-cheating sleuths appear divided over whether Niemann’s play is sketchy and FIDE, the international chess federation, announced it is forming a special committee to look into Carlsen’s explosive charges. Stay tuned.

For all the new outside attention, the cheating concerns are nothing new for the chess world, as today’s game — played 16 years ago — can attest.

The unfortunately named “Toiletgate” got some front-page love of its own at the time, overshadowing the actual play in the watershed 2006 match between Bulgarian GM Veselin Topalov and Russian star GM Vladimir Kramnik that — finally — reunified the long-divided world championship crown.

The claim by Topalov’s team that Kramnik was using a high number of midgame trips to the bathroom to get unfair help hasn’t worn well: No proof has ever emerged of nefarious doings, and Kramnik was strong enough on his own to win.

But the controversy nearly blew up the match, as the Russian forfeited Game 5 to protest the accusations and only claimed the crown in a two-game rapid playoff after the classical portion of the match ended in a tie.

The sad thing here is that Toiletgate overshadowed one of the great world championship games of the modern era.

In brief … As noted above, Niemann will join an expanded field of 14 GMs for the kick-off of this year’s U.S. Championship starting Wednesday and running through Oct. 20 at the St. Louis Chess Club. The U.S. Women’s Championship, also with 14 players, kicks off at the same time and same locale. GM Wesley So and IM Carissa Yip are back to defend their 2021 titles, and we’ll have all the action and color in upcoming columns. … Congrats to the 2022 class of inductees into the U.S. Chess Hall of Fame: 19th century promoter and chess author Daniel Willard Fiske, GM James Tarjan and IM and superb chess author John Watson. For more details on their remarkable careers, check out the Hall of Fame’s website here.

(Click on the image above to see the entire chessboard.)