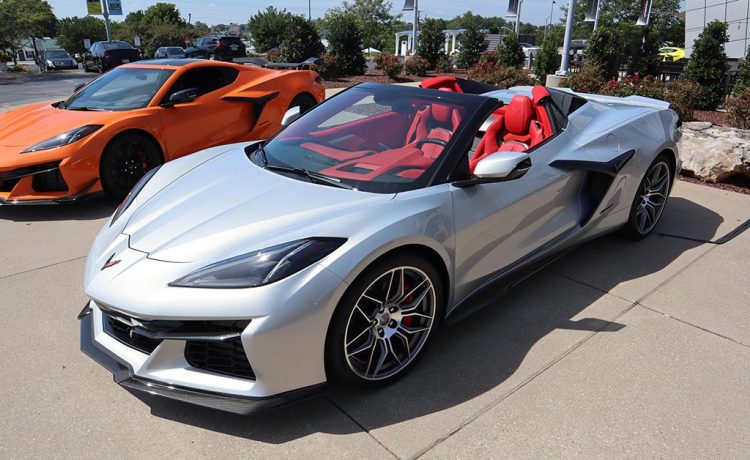 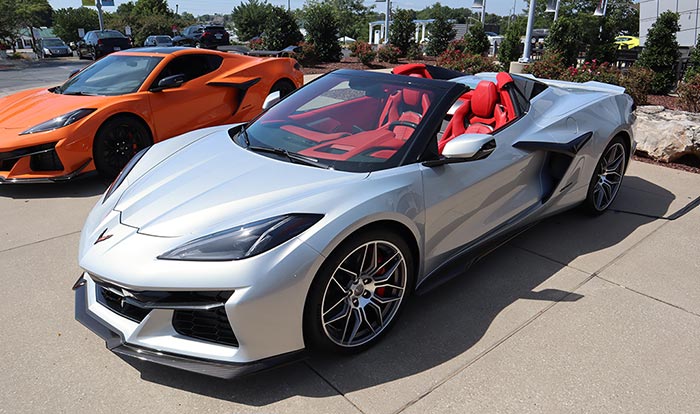 At the end of July, GM North American President Steve Carlisle came out and said that buyers of the 2023 Corvette Z06 would have to own the vehicle for a year before selling.

The idea behind the strategy is to discourage those customers from immediately flipping their vehicles for thousands in profit. Those that did would be banned from ordering other in-demand vehicles from the automaker, and the vehicle’s warranty would not be transferred to the new owner.

In addition, those customers who kept their Corvettes for 12 months would also be rewarded with 500,000 My Chevy Rewards points valued at $5000 that could be spent on GM accessories, service visits, and even car payments if the car is financed through GM.

Yesterday, the automaker updated its rules regarding the sale of in-demand vehicles, and now GM is telling dealers that “warranty retention adherence” is changing from 12 months to only six months. The second part of this is that GM told dealers is that “No execptions will be made for customers.” We think they ran the program by GM’s legal department, who requested those changes. 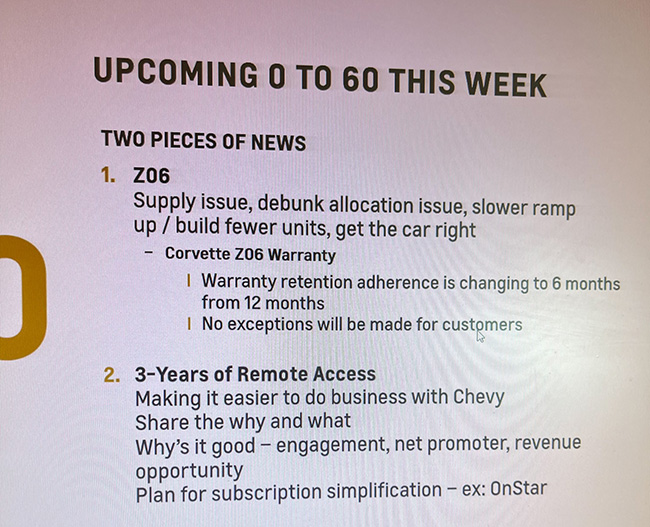 That same memo also shows they want dealers to debunk the fact that the car had allocation issues, saying there will be a slower ramp up, and the automaker will be building fewer units to “get the car right.” We can’t argue with that sentiment, but the only allocation issues we are aware of stem from the order cycle debacle last month, where none of the top dealers received ANY allocations initially, and it was only after meetings in Detroit later that day did the allocations start flowing to the top 10 dealers.

Finally, we told you about the $300 price increase as Chevrolet is now including OnStar on all Corvettes. We heard a lot of pushback from customers, and we get it as we hate these vehicle subscription updates as much as the next guy.

GM Offering Z06 Buyers $5,000 in Rewards Points for Not Flipping Their Corvettes