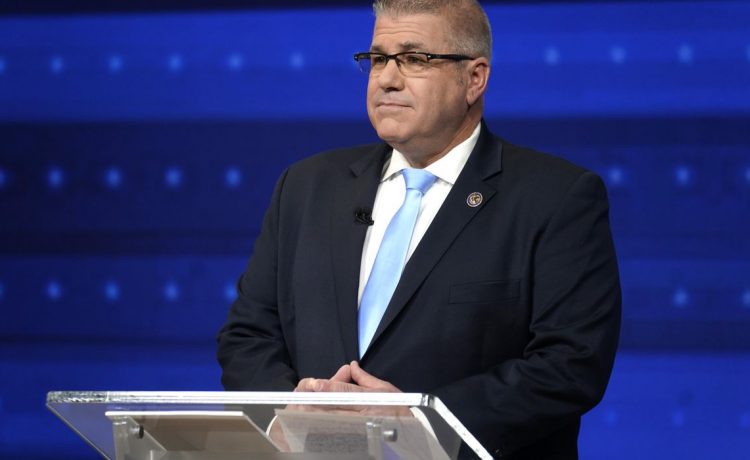 A 21-year-old Chicago man was charged after allegedly leaving a threatening voicemail for Illinois Republican gubernatorial nominee Darren Bailey saying he would kill and mutilate him and his family.

Scott Lennox was charged on Wednesday with one felony count each for threatening a public official, telephone harassment, and harassment by electronic communications, according to the Cook County State Attorney’s office.

Mr. Lennox was put on electronic monitoring and has been barred by a judge from contacting Mr. Bailey, his family, or his staff.

Prosecutors said Mr. Lennox was enraged after seeing a political ad at a local bar, leading him into a heated argument with his friends and prompting him to send a threatening voicemail to Mr. Bailey’s Springfield office, according to a report by The Chicago Sun-Times.

“I’m going to skin Darren Bailey alive, making sure he is still alive, and I’m going to feed his f*****g family to him as he is alive and screaming in f*****g pain,” the voicemail said.

Mr. Lennox also allegedly made comments about abortion in the message, and called the candidate “racist” and accused him of spreading misinformation.

According to police, Mr. Lennox also said he did not like Democratic Gov. J.B. Pritzker, but disliked him less than Mr. Bailey.

Upon receiving the voicemail, Mr. Bailey requested additional security from the local sheriff’s office, as well as Illinois State Police. The schools connected to Mr. Bailey’s children were placed on a soft lockdown.

Mr. Lennox apparently praised himself for being a “political terrorist” in an interview with Chicago police, after he learned that lockdowns had occurred.

He allegedly celebrated the news on social media with his friends via Snapchat. In one instance, he wrote “I feel so f*****g accomplished.”

Mr. Bailey called for unity in a statement after Mr. Lennox was charged.

“I pray this young man gets the help he needs. We must bring our state together and fight for the safety and prosperity of every Illinoisian,” Mr. Bailey said.

Mr. Bailey will face Mr. Pritzker Tuesday in an election leaning toward the incumbent’s favor.

In a tweet, Mr. Pritzker condemned the threat against his opponent.

“The violent rhetoric and division we’re seeing across our country is unacceptable. Hatred in any form has no home in Illinois,” the governor said.

Political violence has become a rising concern for candidates and public officials across the country in recent weeks.

The threat against Mr. Bailey comes after a California man allegedly broke into the San Francisco home of House Speaker Nancy Pelosi and violently attacked her husband, Paul Pelosi, with a hammer.

Mr. Pelosi suffered head and body injuries, and remains in recovery after completing a successful surgery.