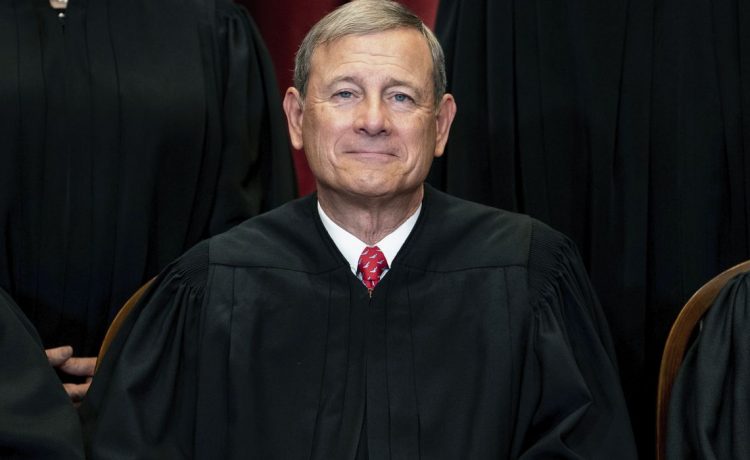 Chief Justice John G. Roberts Jr. paved his own path in Friday’s abortion ruling, siding with his fellow GOP-appointed justices in backing Mississippi’s 15-week ban as constitutional, but saying he would not have gone as far as his colleagues did in unraveling all of Roe v. Wade.

He said the “viability” standard Roe, and a later 1992 case, set for when abortion rights are no longer sacrosanct never made sense, and Mississippi had made the case that a 15-week line was valid.

But he said the court should have reached that conclusion without needing to overturn Roe, a nearly 50-year-old ruling that established a right to abortion in the Constitution, erasing state laws to the contrary.

“My point is that Roe adopted two distinct rules of constitutional law: one, that a woman has the right to choose to terminate a pregnancy; two, that such right may be overridden by the State’s legitimate interests when the fetus is viable outside the womb. The latter is obviously distinct from the former. I would abandon that timing rule, but see no need in this case to consider the basic right,” the chief justice wrote.

By joining the majority in the judgment on Mississippi’s law, he made the court’s vote 6-3. But his position on Roe means that part of the majority ruling only had the support of five justices — the narrowest of majorities.

Chief Justice Roberts was nominated to the court by President George W. Bush. He was originally selected to replace retiring Justice Sandra Day O’Connor, but with the death of Chief Justice William Rehnquist, Mr. Bush changed course and moved Justice Roberts to the top slot.

Mr. Bush’s next pick for the O’Connor slot flamed out, and the president settled on Justice Samuel A. Alito Jr. — who wrote the majority opinion in Friday’s ruling.

Justice Alito said Roe was wrong when it was decided, and said it was time for the court to stop dancing around that question.

“It is time to heed the Constitution and return the issue of abortion to the people’s elected representatives,” he wrote.

Both Justice Alito and Chief Justice Roberts said the viability standard set by Roe — that a woman’s right to an abortion could not be significantly hampered before a fetus is viable in the womb, which was deemed to be 28 weeks in Roe — was untenable.

Their disagreement was over whether that could be struck down without ripping the rest of Roe out, root-and-branch.

“Perhaps we are not always perfect in following that command, and certainly there are cases that warrant an exception. But this is not one of them. Surely we should adhere closely to principles of judicial restraint here, where the broader path the Court chooses entails repudiating a constitutional right we have not only previously recognized, but also expressly reaffirmed applying the doctrine of stare decisis,” he wrote.