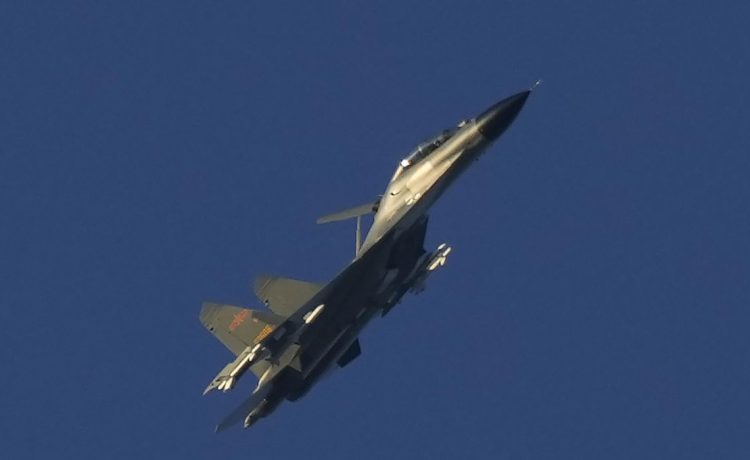 Dozens of Chinese aircraft and four warships were spotted operating around Taiwan over the weekend as Beijing kicked off its first large-scale military exercises in the region of the new year, showing no let-up in the high tempo of threatening maneuvers in 2022.

On Sunday, China sent 28 warplanes across the median line of the Taiwan Strait, entering the island democracy’s air defense identification zone. The group was among at least 57 Chinese aircraft that took part in the military drills, officials said.

The Eastern Theater Command (ETC) of the People’s Liberation Army confirmed that PLA troops were staging exercises in the waters and airspace around Taiwan.

“The exercise focused on land strikes, sea assaults and other subjects, aiming to test the troops’ joint combat capability and resolutely counter the collusive and provocative acts of the external forces and the ‘Taiwan independence’ separatist forces,” Army Senior Col. Shi Yi, an ETC spokesman, said in a statement.

Beijing considers Taiwan to be part of its territory and has vowed to reunify the island with the Chinese mainland, by force if necessary. President Biden has repeatedly vowed that the U.S. military will respond if Taiwan is attacked.

In a statement, Taiwan’s military officials said they were aware China was staging the military exercises and said they “will keep monitoring the situation and safeguarding our homeland and people.”