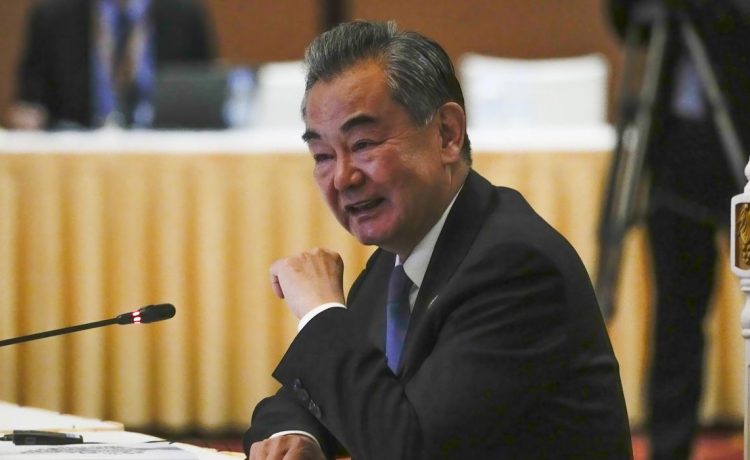 China’s top diplomat has called off a meeting with his Japanese counterpart that was scheduled to take place on the sidelines of an international conference in Cambodia, a move that is believed to be linked to House Speaker Nancy Pelosi’s visit to Taiwan.

But China said Japan and other Group of Seven nations made “irresponsible” statements blaming China for the controversy over Mrs. Pelosi’s visit to the self-governing island that Beijing claims as its sovereign territory.

“Japan is in no position to make unwarranted remarks and it should not follow the U.S. steps in violating our sovereignty and territorial integrity,” said Hua Chunying, a Chinese foreign ministry spokeswoman, according to the Tokyo-based Kyodo News.

The U.S. and other G-7 countries — Canada, France, Germany, Italy, Japan, Great Britain, along with the European Union — released a statement on Wednesday saying they were “concerned” about China’s actions following Mrs. Pelosi’s trip, including threats of economic coercion against Taiwan and ongoing live-fire exercises in the area.

“There is no justification to use a visit as a pretext for aggressive military activity in the Taiwan Strait,” the G-7 said. “It is normal and routine for legislators from our countries to travel internationally. The (People’s Republic of China’s) escalatory response risks increasing tensions and destabilizing the region.”