The Great Days > News > China complains after reports U.S. will send B-52 bombers to Australia
News

China complains after reports U.S. will send B-52 bombers to Australia 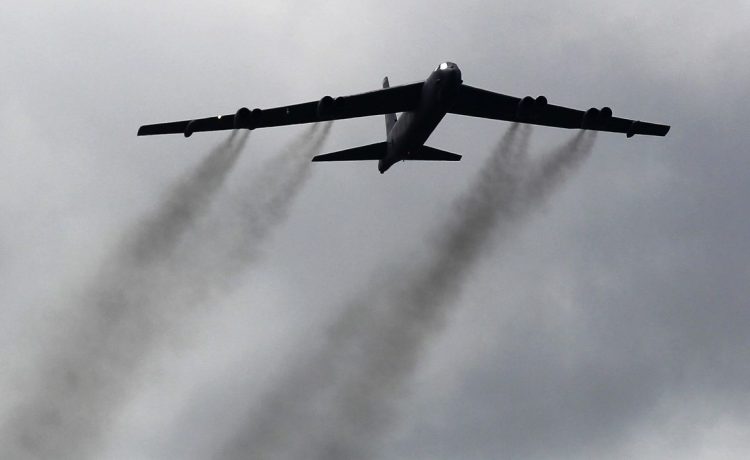 China is condemning plans for the U.S. to deploy up to six B-52 bombers to an airbase in northern Australia, saying the move could spark an arms race in the Indo-Pacific region.

Under the plan, reported by the Australian Broadcasting Corporation, the U.S. would construct maintenance facilities and parking spots for the bombers at Royal Australian Air Force Base Tindal in northern Australia.

The B-52, introduced in 1955, was designed to carry nuclear weapons to deter and counter the Soviet Union’s military. It has been regularly updated and modernized over the years.

On Monday, officials with China’s Ministry of Foreign Affairs said defense and security cooperation issues should “contribute to regional peace and stability.”

“Such a move by the U.S. and Australia escalates regional tensions, gravely undermines regional peace and stability, and may trigger an arms race in the region,” said ministry spokesman Zhao Lijian.

“China urges parties concerned to abandon the outdated Cold War zero-sum mentality and narrow geopolitical mindset, and do more things that are good for regional peace and stability and mutual trust among all parties,” Mr. Zhao said.