China eases off some virus restrictions as protests mount 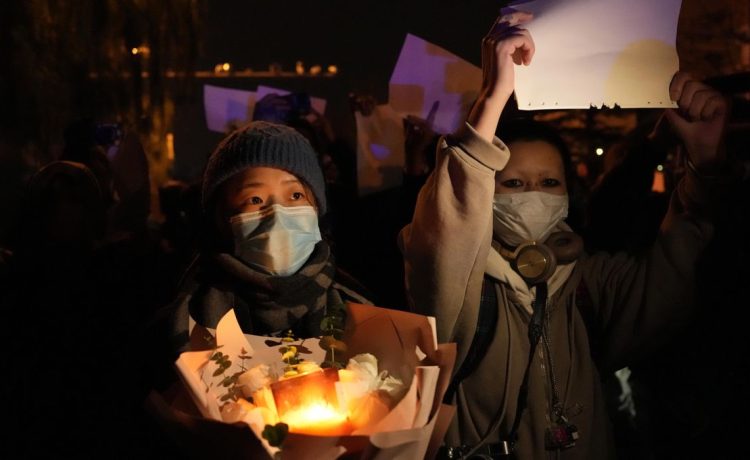 China is easing some of its coronavirus restrictions in the face of astonishing protests against President Xi Jinping, but the communist government showed no signs of abandoning its zero-COVID policy and so-called nuisance accounts tried to bury news about the protests online.

Officials in the southern city of Guangzhou said some residents would not have to submit to mass testing, according to wire reports, while city officials in Beijing said they would no longer use gates to block off apartment complexes with known infections.

Officials did not mention a deadly fire in the northwestern city of Urumqi that prompted wide protests and suspicions that virus control might have blocked people trying to escape.

Also, there were signs that some dormant Twitter accounts roared to life to try to bury news about the protests.

There were some “good initial data that points to this being an intentional attack to throw up informational chaff and reduce external visibility into protests in China,” tweeted Alex Stamos, director of the Stanford Internet Observatory.

Yet the Chinese people appear tired of draconian policies with no end date, particularly after Mr. Xi secured another five-year term at a communist party meeting.

Other nations, including the U.S., are relying on built-up immunity from vaccines and prior infections to move on with societal and economic life without sweeping restrictions.

The social burden and economic drawbacks of China’s policy, combined with concerns about the vaccine campaign, are resulting in simmering discontent across China.

The Urumqi fire that killed 10 appeared to fuel those complaints, with people in Shanghai shouting, “Xi Jinping! Step down! CCP! Step down!”

CCP is an acronym for the Chinese Communist Party.

The Associated Press reported there were other protests scattered across China, including Guangzhou, Chengdu, Nanjing and Chongqing.