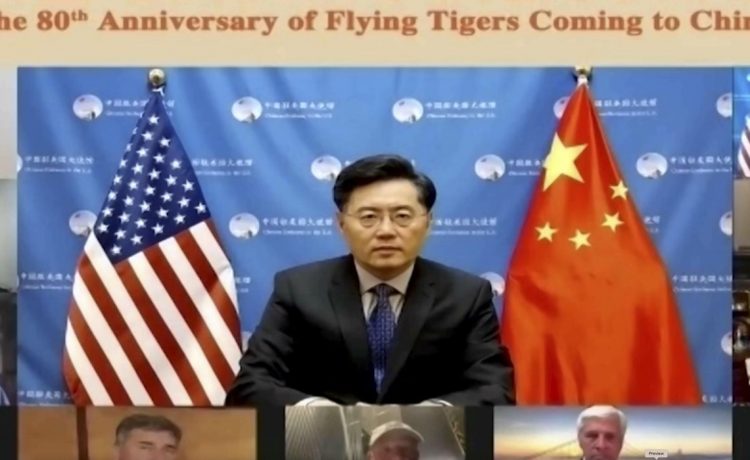 The Chinese Communist Party is not like its predecessor in the Soviet Union and thus there should be no new Cold War between the United States and China, China’s ambassador to the United States said Wednesday.

“China is not the former Soviet Union. The Chinese Communist Party is not the Soviet Communist Party,” said Qin Gong, the ambassador, during remarks to the Aspen Security Forum in Colorado, which annually draws top figures from the U.S. security and diplomatic community.

Mr. Qin, a former Foreign Ministry spokesman, refrained from direct attacks on the United States directly in his remarks, as Beijing’s so-called “wolf warrior” diplomats do on a regular basis. The ambassador instead argued that the 20th century’s Cold War was “a tragedy” involving estrangement, division, confrontation and conflict between the U.S.-led and Soviet blocs.

“There would be no winners only losers in new Cold War,” Mr. Qin said.

China itself benefited greatly from U.S. backing during the latter part of the Cold War, when Washington and Beijing formed a quasi-alliance against the Soviet Union, an alliance that flourished even with the Chinese Communist Party in power in Beijing.

But Chinese Communist Party leaders, in speeches and propaganda, have decried the collapse of the Soviet Union as a setback for communism.

The Chinese Communist Party was founded in 1921 with the support of the Soviet Union. China under Mao Zedong later broke with Moscow after Soviet leader Nikita Khrushchev denounced Josef Stalin.

Concerns about a return to a new Cold War are the result of “some people” viewing China as the new Soviet Union, the ambassador said without elaborating. Other Chinese government spokesmen have declared that the United States is to blame for growing bilateral tensions.

Chinese President Xi Jinping has brought a sharp shift in policies, from not criticizing the United States to launching regular information and political attacks on Washington. Government spokesmen, for example, have blamed the COVID-19 pandemic on the United States and said the U.S. and NATO essentially provoked the war in Ukraine.

The ambassador also defended what the State Department has called China’s policy of genocide against ethnic Uyghurs in western Xinjiang Province, and the crackdown on democracy activists in Hong Kong.

“Xinjiang and Hong Kong are not about democracy and human rights or religion,” Mr. Qin said. “[They are] about anti-terrorism and anti-secession, about protecting people’s lives and safeguarding China’s national sovereignty and security.”

Mr. Qin said China will not permit Xinjiang to become an Islamic state, and China’s crackdown in Hong Kong was about “decolonizing” the former British colony and installing a government led by people who “love China.”

The ambassador also argued that China is not an expansionist power and is not seeking to export its communist ideology to other countries the way the Soviet Union once did.

However, China’s critics counter that programs like Mr. Xi’s One Belt, One Road global infrastructure development program are designed to expand China’s influence and promote its system of government.

Mr. Qin also defended China’s neutrality toward the Russia-Ukraine war and the recent agreement between Beijing and Moscow that called for “no limits” cooperation.

Tensions over Taiwan remain the most sensitive issue for China and both China and the United States want to avoid a conflict over the island that China is seeking to reunite with the mainland, Mr. Qin said. The ambassador blamed the recent tensions on what he said was the U.S. undermining the so-called “one-China principle” and by what the ambassador termed pro-independence forces in Taiwan.

Mr. Qin said he hopes the Biden administration will follow through with statements calling for closer ties to China.