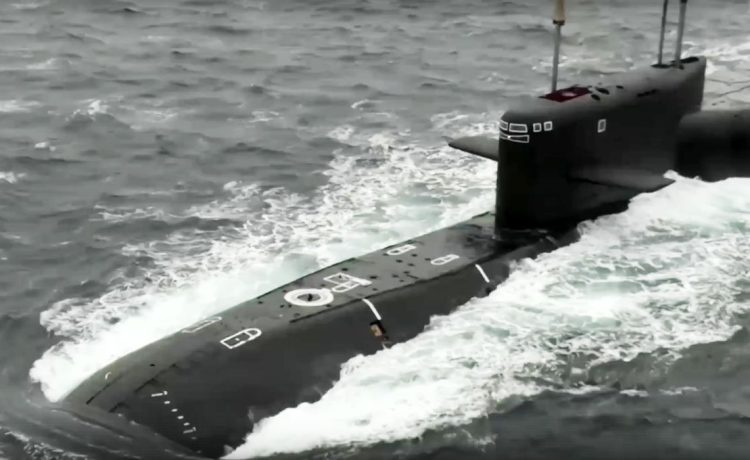 The drills will be held off the coast of Zhejiang province south of Shanghai through next Tuesday, according to a brief notice posted Monday by China’s Eastern Theater Command under the ruling Communist Party’s military wing, the People’s Liberation Army.

“This joint exercise is directed at demonstrating the determination and capability of the two sides to jointly respond to maritime security threats … and further deepen the China-Russia comprehensive new-era strategic partnership of coordination,” the notice said.

The Russian Defense Ministry said the Varyag missile cruiser, the Marshal Shaposhnikov destroyer and two corvettes of Russia’s Pacific Fleet would take part in the maneuvers.

The ministry said the Chinese navy planned to deploy several surface warships and a submarine for the exercise, and that aircraft from the sides would also take part.

The Chinese side gave no immediate word on what units would be taking part.

Setting aside decades of mutual distrust, China and Russia have stepped up such drills as part of their aligning of foreign policies to oppose the U.S.-led liberal Western political order.

China has refused to criticize Russia’s invasion of Ukraine at the United Nations, or even to refer to it as such, has condemned Western sanctions against Moscow and has accused Washington and NATO of provoking Vladimir Putin into taking action.

China declared a “no limits” friendship with Russia just weeks before the invasion and remains a major customer for Russian oil and gas bought at a heavy discount, although it is not known to have sold military hardware to Moscow.

In November, Tu-95 bombers of the Russian air force and Chinese H-6K bombers flew joint patrols over the Sea of Japan and the East China Sea. As part of the drills, the Russian bombers landed in China for the first time, and the Chinese bombers flew to an air base in Russia.

In September, China sent more than 2,000 troops along with more than 300 military vehicles, 21 combat aircraft and three warships to take part in a sweeping joint exercise with Russia.

Russia, in turn, has strongly backed China amid the tensions with the U.S. over Taiwan.

China last week also sent a squadron of navy ships through straits near Japan into the Western Pacific as Beijing blasted Tokyo’s adoption of a new national security strategy putting itself on a more offensive footing – largely as a result of the perceived threat from China.