China struggles with shift from zero-COVID-19 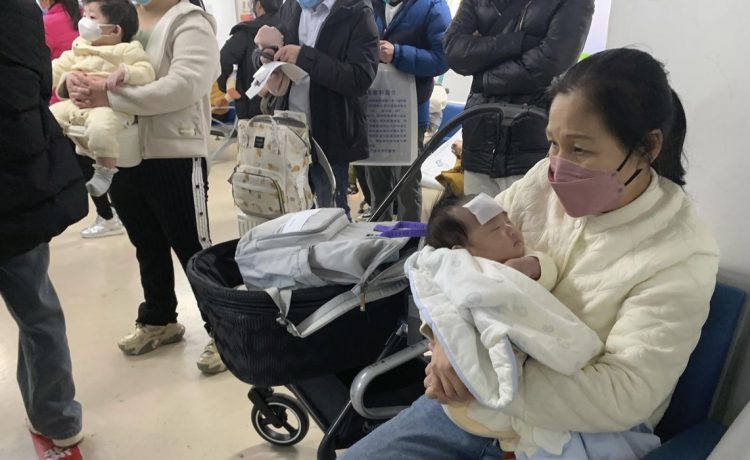 China said Wednesday it would no longer track asymptomatic coronavirus cases as the country tries to navigate a sudden shift from its zero-COVID policies and major cities report an uptick in infections.

The National Health Commission (NHC) said it would be impossible to get accurate statistics, given the lack of testing among those who aren’t feeling sick.

Officially, it reported 2,249 symptomatic COVID-19 cases nationally for the prior day. About 20% of them were in the capital, Beijing, which is experiencing an outbreak after the big shift in virus policy.

Crowds have been reported around fever clinics in Beijing, where infections grew in number from 94 to more than 300 in recent days, according to The Associated Press.

Streets and popular sites have emptied because many people fear contracting the virus, as opposed to the result of another lockdown.

James M. Zimmerman, a Beijing-based lawyer and chairman of the American Chamber of Commerce in China, said the share of people in his office with COVID-19 grew from 50% to 90% in a matter of days.

“Some obviously miserable. Many nursing kids/parents at home,” he tweeted after a virtual call with coworkers. “Our ‘work at home’ policy is now ‘work at home if you’re well enough.’ This thing came on like a runaway freight train.”

At least seven schools in Shanghai have reverted to remote schooling as the country adjusts to its new normal.

Also Wednesday, the health commission said it will roll out a second COVID-19 booster shot for at-risk persons and everyone over 60.

China is coping with the virus after the central communist government rolled back its longstanding zero-COVID policy last week following massive protests and the realization the policies might not be sustainable in the face of fast-moving spinoffs of the omicron variant.

Scientists say China might experience waves of diseases due to its lack of immunity. It didn’t see waves of prior infection due to its tight control and its vaccines are believed to be weaker than the ones used in the West.

The wire service also reported that Chinese President Xi Jinping will hold high-level talks with members of the Politburo to chart a way forward for the country’s battered economy. The Central Economic Work Conference will occur on Thursday and Friday.