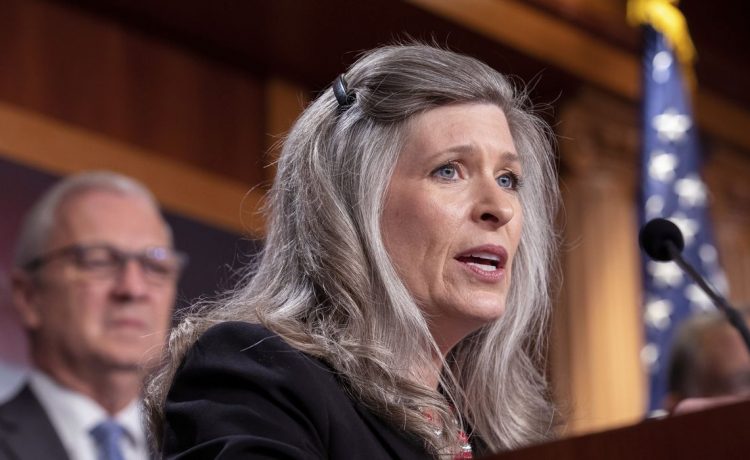 While the federal government invests heavily in research, it’s actually China that gets more out of it, according to a Defense Department study of its spending that is getting attention on Capitol Hill.

Sen. Joni Ernst, Iowa Republican, touted the findings of the study Wednesday, saying the Pentagon’s conclusions should be worrying not just to the defense world, but to every government agency that spends on research China might be interested in.

“China, not the U.S., is the ultimate beneficiary of DoD and other [U. S. government] research investments,” the Pentagon’s review concluded, according to Ms. Ernst.

The Pentagon’s review is not public and Ms. Ernst’s office said it could not share the document, but she described the trickery at work. She said it goes beyond the traditional boundaries of traditional intellectual property theft.

China now finds companies that are receiving federal research funding and recruits those firms to work for institutions associated with its own military operations. The American company then dissolves, and whatever was developed with the U.S. funds is transferred to a subsidiary in China, Ms. Ernst said.

She blasted the “double-crossing companies” that take the cash and then take their work to China.

She said in one instance a research team was working on four grants to develop drone and spacecraft technology, was recruited by the Chinese government and now works “for institutions affiliated with the communist regime’s defense agency.”

Those kinds of transfers have also taken place on research into biohazard detectors, solar energy technology and pharmaceuticals, as well as designs for “military devices,” she said.

“Folks, no matter how much of your money Washington spends to ‘win’ the global tech race, we will never win by surrendering American-made innovation and subsidizing our adversaries,” Ms. Ernst said. “This cycle will continue until these grant programs are both required and empowered to hold unscrupulous recipients of taxpayer funds accountable for selling out to China.”

The Defense Department report looked at spending by the Small Business Innovation Research and Small Business Technology Transfer programs, which require specific government agencies to set aside money from their research and development funds to promote high-risk work by small businesses.

The Center for Strategic and International Studies, in a report earlier this month, said the programs are worth about $3.2 billion, with the Defense Department accounting for $1.7 billion of that.

According to CSIS, the secret Pentagon audit looked over a sample of the Defense Department’s awards and found “nearly all cases” showed China benefitting more than the U.S.

“The study’s authors cautioned that the study sample was small and that their methodologies warrant review, but their findings are clearly a matter of concern for U.S. policymakers,” the think tank said.

The Pentagon, in response to an inquiry from The Washington Times, did not provide the non-public report but said none of the technology involved is classified. Once a project becomes classified the SBIR program can no longer fund it.

The Pentagon stressed the importance of the spending, saying it helps small firms bridge what’s known in the industry as the “Valley of Death” — the difficulty in taking a project from proof of concept to production.

“Difficulty accessing capital can lead to the risk posed by adversaries. In other words, if DoD won’t fund them, another country likely will,” the Defense Department said.

The Pentagon said it has imposed controls on the spending, including requiring disclosures of who is getting the money. Training is also available to combat cybersecurity threats.

Ms. Ernst is eyeing more steps. She has co-written legislation that would renew the SBIR and STTR programs through 2025, but include a ban on doling out money to a firm that has ties to China or any other “foreign country of concern” and poses a conflict of interest or a national security risk.

The bill also requires the National Science Foundation and the Departments of Defense, Energy and Health and Human Services to report back on how much foreign militaries have tried to hijack the programs.

That bill, sponsored by Sen. Ben Cardin, Maryland Democrat, and Ms. Ernst, cleared the Senate last week and is expected to see House action this week.