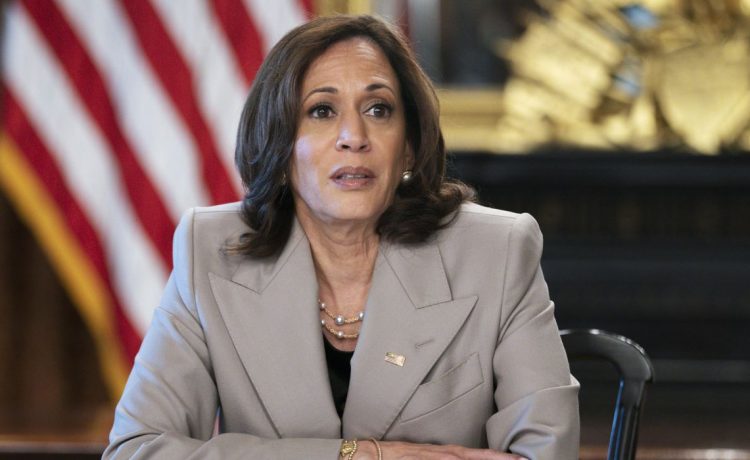 The Biden administration is stepping up efforts to counter growing Chinese influence among Pacific island nations that Beijing views as a way to curb American power and expand the opportunities for new Chinese military bases, according to U.S. officials and foreign policy analysts.

The White House dispatched Vice President Kamala Harris to speak in recent days via video at a meeting in Fiji of Pacific islands leaders. Her message: The United States had neglected the islands in the past but is now taking greater action in the region.

The vice president, however, made no mention of China’s economic and diplomatic efforts to replace the United States as a key power in the region, efforts highlighted by an eight-country, 10-day tour of the South Pacific at the end of May by Chinese Foreign Minister Wang Yi in which he unsuccessfully pushed to a multilateral pact on security and development.

“Don’t be too anxious and don’t be too nervous, because the common development and prosperity of China and all the other developing countries would only mean great harmony, greater justice and greater progress of the whole world,” Mr. Wang said at the time.

Ms. Harris, by contrast, warned of “bad actors seeking to undermine the rules-based order” when she addressed a meeting of the Pacific Islands Forum, a grouping of 18 Pacific island nations and Australia.

“We recognize that in recent years, the Pacific Islands may not have received the diplomatic attention and support that you deserve,” Ms. Harris told the forum. “So today, I am here to tell you directly: We are going to change that.”

China’s presence at the Fiji meeting included two consulate defense attaches officials who covertly sought to monitor the event but were ejected by Fiji police, according to reports from the region. Fiji is a key regional hub for the Biden administration’s plan to increase cooperation with the Pacific islands.

The United States plans to triple funding for economic development in the Pacific islands, boosting aid from $21 million a year to $60 million annually for the next 10 years, Ms. Harris said in her remarks. The funds would be used for maritime security, curbing illegal fishing and investment in economic development throughout the Pacific. The White House also announced it was opening new embassies in Tonga and Kiribati and that Peace Corps volunteers will soon be returning to the region.

Beijing officials denied that Chinese pressure was behind the Kiribati government’s withdrawal from the forum. But the withdrawal followed Mr. Wang’s high-profile visit. Despite failing to secure a regional pact, Mr. Wang did sign a number of bilateral agreements with several states during his mission.

One of the agreements, a Chinese security pact with the Solomon Islands, is being viewed by many analysts as an indication China plans to build a military base there.  China’s Communist Party for years has made the nations of the South Pacific a focal point of assertive diplomacy aimed at influencing the many states with diplomatic relations with rival Taiwan.

More recently, the second element of Chinese strategy has emerged — to use the islands as part of Beijing’s drive for greater geopolitical influence in the region and the world.

“There is a renewed urgency by China to exert control over the South Pacific Islands,” said Miles Yu, a former State Department policy planning official who focused on China. “Basically, the Pacific islands are viewed as a way to assist China’s goal of achieving global dominance.”

China regards the region as a key area for expanding its military expansion and a way to push the U.S. Navy further from Chinese coasts said Mr. Yu, now director of the China Center at the Hudson Institute.

China also wants to use the islands for its expanding and ambitious space program. The Chinese currently operate a space tracking station on Tarawa atoll in Kiribati. The South Pacific could also be used by the Chinese to further its effort to expand its influence in Antarctica, and to conduct more deep-sea exploration operations.

“The result is a relentless and provocative effort by China in the region,” Mr. Yu said.

‘Step up our game’

Kurt Campbell, the White House coordinator for China policy, said the United States is taking steps to counter China’s bid for influence and allies in the Pacific islands. In June he told a conference “we need to step up our game substantially.”

The effort will include more direct engagement with senior U.S. officials along with economic aid.

Fiji will serve as a hub for U.S. efforts throughout the Pacific, in close coordination with the governments of Australia and New Zealand, Mr. Campbell said.

Joseph Cella, ambassador to Fiji, Kiribati, Nauru, Tonga, and Tuvalu from 2019 to 2021, said China’s ruling Communist Party (CCP) has either established beachheads in the island nations of the South Pacific or is seeking ways to do so.

“It is safe to say this began around 1987, toward the tail end of the Cold War, and remains actively underway today,” Mr. Cella told The Washington Times. “The CCP is a pervasive danger, it is menacing, pernicious and sinister.”

Mr. Cella said the two Chinese defense attaches expelled from the Fiji meeting this week also disrupted a Taiwan National Day celebration in Fiji in 2020. They started a fight that sent a Taiwanese diplomat to the hospital, he said.

In Kiribati, China has used President Xi Jinping’s One Belt, One Road development initiative to conclude an agreement with the government there to expand the runway at Canton Island. The longer runway “would likely also be a stopover for [People’s Liberation Army navy] aircraft on patrol,” Mr. Cella said.

“This poses a potential threat to the U.S. as it would only be a relatively short flight to the Ronald Reagan Missile Defense Battery on Kwajalein Atoll, and the Indo-Pacific Command in Honolulu,” he said.

The former diplomat said an important unifying force in the Pacific islands is their populations’ common Judeo-Christian values, which emphasize the centrality of faith and family. China’s influence in the region has attempted to disrupt this in the Solomon Islands, Mr. Cella said.

During a recent address to parliament, Solomons Islands Prime Minister Manasseh Sogavare lauded and defended China’s treatment of Christians, which are severely repressed by the regime, because Chinese believers “obey the authorities,” Mr. Cella said.

But Mr. Sogavare also told Australia’s Guardian newspaper last week that China will not build a military base under the security agreement.

Mr. Yu, the former State Department policymaker, said the Biden administration needs to do more to partner with U.S. allies in the region, such as Australia and New Zealand, to counter the Chinese influence campaign.

China economically is using its large reserves of funds to conduct secret deals with elites in many of the targeted Pacific states, Mr. Yu said.

The objective is to create economic dependencies among Pacific island governments that can be leveraged into economic and political control. Further steps then can include security agreements that could be translated into bases for China’s military.

“This is undemocratic and harmful to the people of the region,” Mr. Yu said.

The Chinese drive has prompted the Biden administration to take action but so far it is not clear how effective the counter-influence operation is working, Mr. Yu said.

Alexander B. Gray, a former White House national security official in the Trump administration, also warned that China is seeking dual-use, military-civilian facilities and bases in its South Pacific influence campaign. Potential Chinese bases are being eyed in Manus Island in Papua New Guinea, Blackrock in Fiji, and Luganville wharf in Vanuatu, Mr. Gray, now a senior fellow at the American Foreign Policy Council, stated in a recent analysis.

Mr. Gray, who is running for the Senate in Oklahoma, said countering China in the Pacific islands is strategically important for the larger U.S. strategy in the entire Indo-Pacific region, where China poses a challenge to U.S. interests and allies from Japan to India.

Chinese control of the region would create new “anti-access” military and commercial zones that would undermine U.S. relations in Asia and hamper U.S. military operations in the event of conflict.

China’s ability to dictate access through the Pacific Islands would severely weaken the Western defense strategy in the Indo-Pacific, Mr. Gray, a former NSC director for Oceania and Indo-Pacific security, stated.

“Should a rival great power gain military access to key Pacific Islands, whether through an overt base or a more nuanced, dual-use arrangement, the United States and its partners risk the erection of anti-access zones across key points of transit, both commercial and military,” he said.

Mr. Gray said much greater U.S. and allied efforts are needed on the islands, given a Chinese push that includes military, diplomatic and economic dimensions.

Among several diplomatic proposals, he argued, the Biden administration should add a U.S. diplomatic presence in each Pacific island, reversing the downgrading of posts beginning in the 1990s.