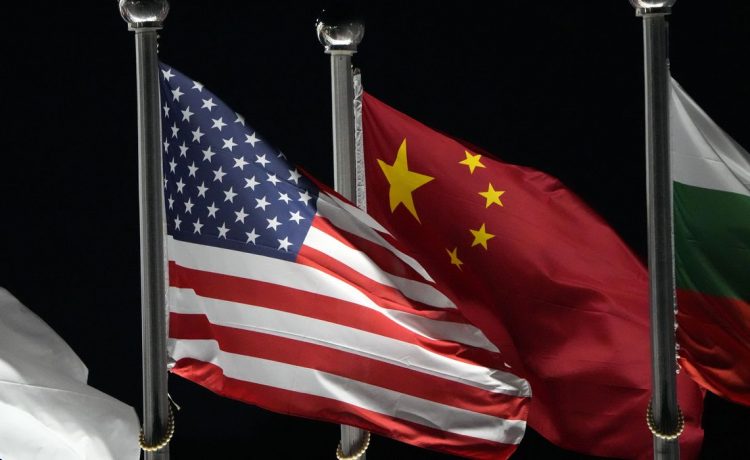 The commander of the U.S. Strategic Command recently notified Congress that China’s military has passed the U.S. in at least one of three areas — the number of nuclear warheads, strategic missiles or launchers, according to a letter from lawmakers to the chief of America’s nuclear arsenal.

Oklahoma Sen. James Inhofe, ranking Republican on the Senate Armed Services Committee, joined three other Republican lawmakers in a letter to outgoing Stratcom head Admiral Charles Richard on Monday regarding the classified notification given to Congress, saying his notice failed to meet the new legal requirement in the defense authorization act requiring both classified and unclassified versions.

“While we appreciate your timely submission of the classified Section 1648 notification, the statute explicitly requires an unclassified determination, which was not provided,” the letter, posted on Twitter, states.

The unclassified notification requirement, passed as part of last year’s defense authorization law, requires Strategic Command to tell Congress if and when China’s nuclear forces exceed U.S. nuclear forces in three areas: deployed intercontinental ballistic missiles (ICBMs); strategic warheads; or ICBM launchers. The law also requires an assessment of the composition of Chinese ICBMs, including the types of warheads, and a U.S. strategy for deterring China.

The congressional letter does not state in which of the three areas did China’s nuclear forces exceed those of U.S. forces, triggering the notification requirement, but it likely refers to China’s rapidly expanding long-range missile forces.

Adm. Richard and other senior military officials told Congress earlier this year that one alarming element of Beijing’s nuclear buildup is the recent discovery of three large missile fields under construction in western China. The missile fields are being built for up to 360 DF-41 ICBMs, a new multi-warhead missile system that also will be deployed on road-mobile and rail launchers.

If the 360 number is accurate, the missile fields will eventually hold missiles that can carry at least 1,080 warheads. When added to the current arsenal of around 400 warheads on Chinese ICBMs, the total number would be 1,480 — slightly more than the current deployed U.S. warhead arsenal.

Other non-government experts on the Chinese military estimate a single DF-41 could carry up 10 warheads. If so, that would lead to a force of 4,000 warheads.

“I’ve said it many times — we’ve only seen the tip of the iceberg when it comes to China’s growing military might,” Mr. Inhofe said in releasing the congressional letter on Twitter. “The [Biden administration] must be open and honest with the American people about the threat Beijing poses to global order and our way of life.”

Chinese secrecy makes estimates of the size of its nuclear forces difficult to determine. Beijing has refused to explain the goal of its nuclear buildup and turned down several U.S. appeals to join arms reduction talks with Russia.

Critics say China is obligated to join the talks under the Nuclear Non-Proliferation Treaty that Beijing signed in 1968. Signatories must “pursue negotiations in good faith on effective measures relating to cessation of the nuclear arms race at an early date,” according to the pact’s Article VI.

The Pentagon’s latest annual report on the Chinese military, released last week, found that China currently has around 400 warheads — far less than the 1,420 warheads currently deployed on U.S. ICBMs and submarine-launched ballistic missiles.

China, however, is expected to triple its warheads stockpile to 1,500 by 2035, the Pentagon survey said.

The People’s Liberation Army Rocket Force “is developing [ICBMS] that will significantly improve its nuclear-capable missile forces with more survivable delivery systems, and will require increased nuclear warhead production, partially due to the introduction of [MIRV] capabilities,” the report said.

China also is doubling the number of launchers at some ICBM units. The current force is around 300 deployed on fixed and mobile launchers capable of launching unitary and multiple reentry vehicles.

Strategic Command spokesman Lt. Cmdr. Josh Kelsey said the command is working with the intelligence community to declassify the assessment to see what can be provided to Congress.

Strategic Command provided Congress with a classified notification that included an unclassified letter referring to the notification, he said.