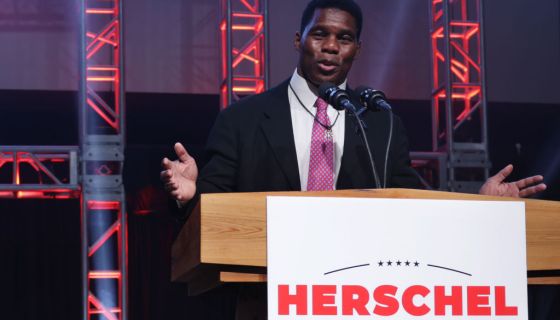 Welp, the congressional battle between incumbent Sen. Raphael Warnock and fan-fiction vampire hunter  Herschel Walker is finally over and the guy who isn’t racist against Chinese air has emerged victorious. 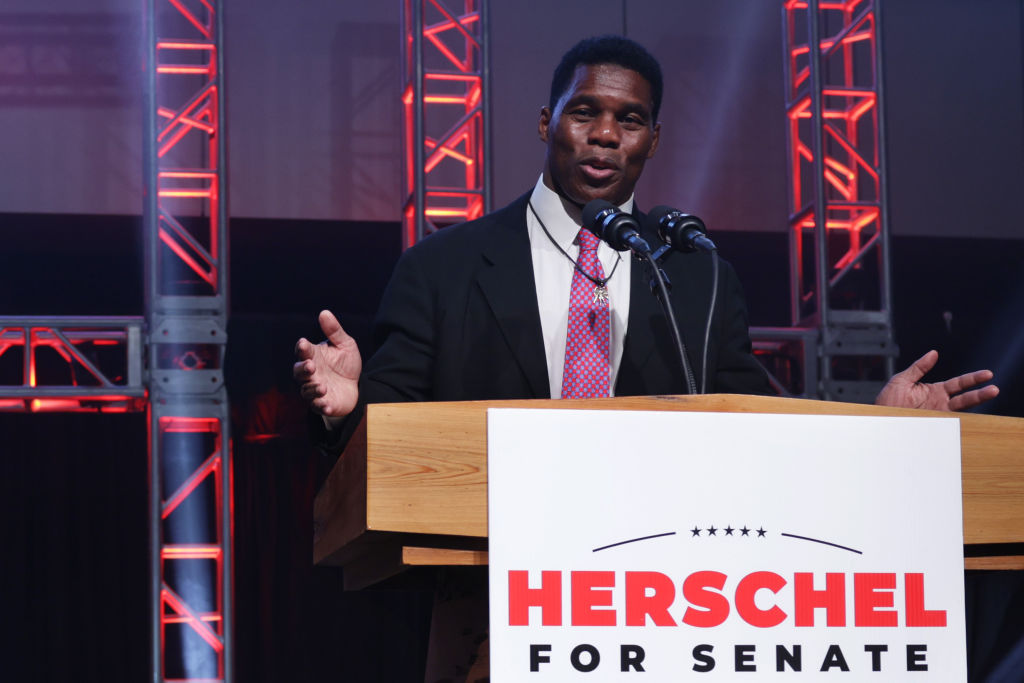 And while we’re elated, nobody seems to be happier about Walker’s defeat than his own son, Christian Walker.

Christian—who turned on the prop cop in October, months after Herschel was exposed as a hypocrite and estranged father who often derided Black men for being estranged fathers—took to Twitter Wednesday after Hershel’s loss to stomp all over the grave of his father’s senatorial ambitions.

Christian even went as far as to lecture anyone who might try to deflect to Warnock’s domestic issues and try to compare them to that of Herschel who Christian describes as an abuser who terrorized his family.

“Don’t compare Warnock running over his wife’s foot to my father holding guns and knives to my mothers throat, threatening to kill his therapist, her, and one of his adultresses in a therapy session, and telling my mom and I he was going to beat our a****es,” he tweeted.

He also blasted the Republic party for picking his doltish daddy to run in the first place and warned his dad not to run for office. According to Christian, Walker was too blinded by Trump’s “demands” to listen.

In a follow-up post, he paid tribute to his mother, Herschel Walker’s ex-wife Cindy Grossman, who was featured in campaign ads saying Walker allegedly held a gun to her temple and said: “I’m going to blow your effing brains out.”

“This is my amazing mom who’s had her name and image dragged through the media unwillingly… Shoutout to every strong mother whose story goes untold. We love you,” he wrote.

Now, don’t get it bent up, Christian is an obnoxious weirdo Trump-stumper who once essentially told pro-choice women they were too ugly to ever have to worry about getting an abortion, so he’s no more praise-worthy than his father if we’re keeping it a buck.

Still, Christian’s Twitter storm against dear old dad is just indicative of the trainwreck we narrowly escaped when Herschel was just barely beaten out of representing the Peach State in the U.S. Senate. Besides, if Christian and his family were indeed abused by his father, it’s absolutely his right as a survivor to call Herschel out as often and as loudly as he wants.

Either way, we dodged a bullet and Herschel can go back to dodging silver bullets in his werewolf headcanon. He clearly has family issues he needs to be tending to instead of trying to hold an office he’s not qualified to hold.