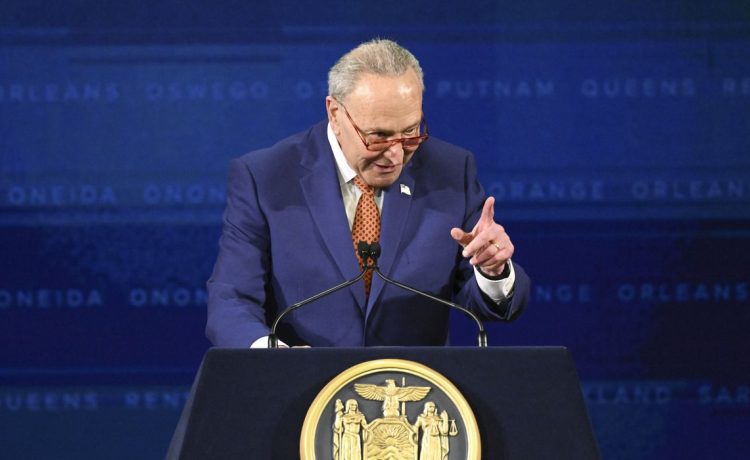 Senate Majority Charles E. Schumer on Friday marked the second anniversary of the Jan. 6 attack on the U.S. Capitol by tying the incident to the chaotic vote for House speaker, urging the GOP to ditch its “MAGA wing” and find common ground with Democrats.

In a formal statement, the New York Democrat said former President Donald Trump continues to “poison American democracy” with his claims the 2020 election was stolen from him.

Those claims stirred the mob that breached the Capitol two years ago. Some of the House lawmakers who rejected certification of the 2020 election are leading the charge against Rep. Kevin McCarthy’s bid to lead the narrow House majority as speaker.

“This anniversary should serve as a wakeup call to the Republican Party to reject MAGA radicalism, which has time and time again led to Republican failures,” Mr. Schumer said. “Unfortunately, the utter pandemonium wrought by House Republicans this week is just one more example of how the extreme fringe of their party, led by election deniers, is pulling them further into chaos and making it impossible for them to govern.”

Mr. McCarthy, California Republican, failed to win sufficient votes for speaker on an 11th ballot late Thursday. The House will reconvene on Friday in pursuit of a breakthrough. Without a speaker, the House members can’t be sworn in.

Democrats are relishing the GOP infighting and trying to put forth an image of unity and productivity. President Biden joined Senate Minority Leader Mitch McConnell at a Kentucky bridge project this week to showcase the implementation of last year’s bipartisan infrastructure package.

“For their own sake and for the sake of the country, Republicans should reject their MAGA wing and commit to working with Democrats to deliver bipartisan victories for the American people,” Mr. Schumer said.

Mr. Biden will mark the second anniversary of the Jan. 6 attack with a ceremony at the White House. He will award the Presidential Citizens Medal to state lawmakers who resisted attempts to overturn the 2020 election results and police officers who defended the Capitol.