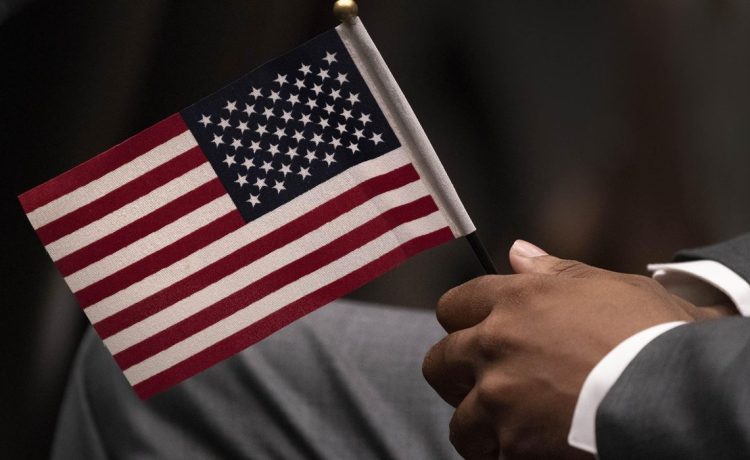 The Biden administration revealed plans Wednesday to rewrite the test to become a U.S. citizen, making it a multiple-choice exam and changing the way applicants must demonstrate their knowledge of English.

Officials will also ask applicants to study new material to pass the civics part of the test, according to U.S. Citizenship and Immigration Services in a regulatory filing.

“The naturalization test is a key step in becoming a U.S. citizen,” said Ur M. Jaddou, USCIS’ director. “We welcome input from — and the participation of — stakeholders who are familiar with this important process as we continue to improve and update our naturalization test, ensuring that it is consistent with industry testing standards.”

Ms. Jaddou’s rewrite would be the third test in less than four years.

The Trump administration announced changes in 2019, then the Biden team squashed them and returned to the test written by the George W. Bush administration

This latest rewrite will be tested next year in anticipation of a full rollout in late 2024. USCIS said it will seek 1,500 volunteers to take the updated test while taking the current citizenship test, which will still control their fate.

The citizenship test is meant to evaluate an immigrant’s knowledge of U.S. history and government operations, and to ensure rudimentary knowledge of reading, writing and speaking English.

Reading and writing won’t change, but speaking will be formally tested with a series of photographs that the applicant will be asked to describe aloud.

“Applicants will be scored on the ability to respond in English using vocabulary and simple phrases that are relevant to the image,” the agency said.

On the civics test, applicants are asked open-ended questions and must provide answers. The new test would give them multiple choices.

The agency is forming an advisory group to evaluate the new test items.