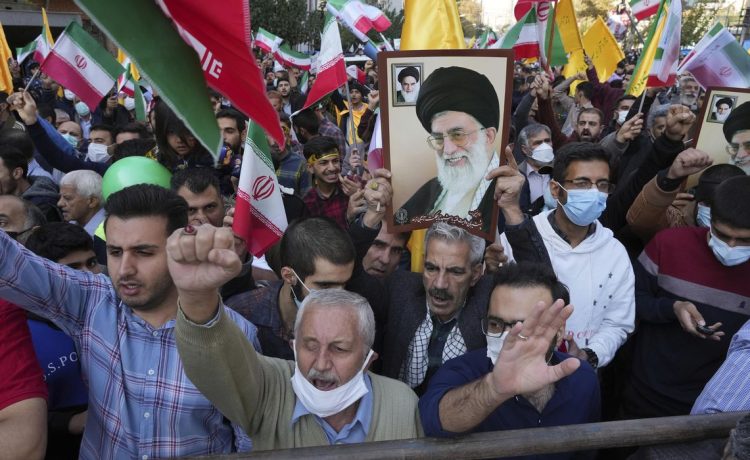 Street protests in Iran against the theocratic regime are expected to intensify this week, with demonstrators on Sunday calling for a three-day mercantile strike ahead of a visit by hardline President Ebrahim Raisi to Tehran University.

The call for a strike by merchants to coincide with Iran’s “Student Day” on Wednesday sets the stage for a potential escalation of clashes between authorities and protesters amid some of the biggest anti-regime demonstrations in the Islamic republic in decades.

Sunday’s development, as reported by Reuters, came after state-run media reported that the theocratic government had abolished its morality police after months of unrest sparked by the death of a young woman detained for allegedly violating the country’s strict dress code.

Mahsa Amini, a 22-year-old Iranian of Kurdish origin, died in the custody of the morality policy on Sept. 16, reportedly for flouting an Islamic head covering law for women. Protests during the months since have seen demonstrators shout anti-government chants and burn their head coverings.

There was widespread speculation on Sunday that authorities had moved to abolish the morality police in a bid to try and appease demonstrators ahead of a major speech that Mr. Raisi is slated to give at Tehran University on Wednesday.

IRNA reported that Iran’s powerful Revolutionary Guard announced the arrests of a network of people linked to the Israeli agency. It said the members had previous criminal records and tried to disrupt the country’s security.

Israel and Iran are regional arch-enemies and Iran occasionally announces the detention of people it says are spying for foreign countries, including the United States and Israel. Tehran does not recognize Israel and supports anti-Israeli armed groups across the region, such as Hezbollah and Hamas.