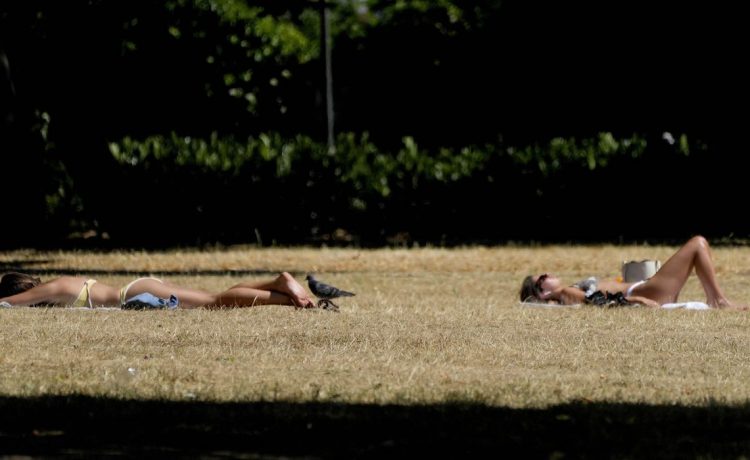 Members of Extinction Rebellion targeted London’s News UK building, which publishes the Sun and the Times. They broke some of its entrance windows and put up newspaper cutouts of their “cheery” front pages as well as posters reading “40 degrees = death,” according to the Guardian.

Examples of that coverage included the Sun’s headline that read “Hotter than the Sahara” with a photo of people at the beach.

The Evening Standard reported that five people were arrested on suspicion of criminal damage.

The activist group retweeted a video from its media arm, Media Tell The Truth XR, where it interviewed some of the protesters who took part in the demonstration.

Several outlets reported that temperatures exceeded 104 degrees Fahrenheit in Britain — the first time in the nation’s history — as the heat wave has gripped Europe throughout the work week.