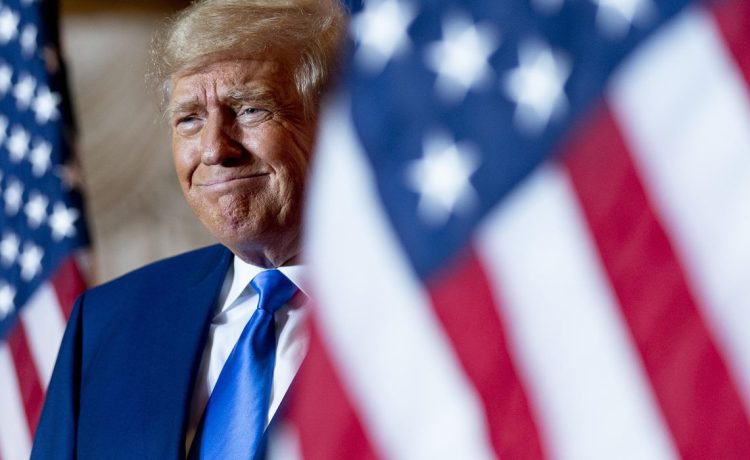 A federal judge on Thursday issued sanctions against attorneys for former President Trump, saying they made knowingly false allegations when filing a lawsuit against Democratic-aligned operatives over alleged conspiracies to spread false information about Russian collusion.

“The pleadings in this case contained factual allegations that were either knowingly false or made in reckless disregard for the truth,” wrote Judge Donald M. Middlebrooks of West Palm Beach, Florida, a Clinton appointee.

The judge called the lawyers’ allegations against the defendants “political grievances masquerading as legal claims.”

“This cannot be attributed to incompetent lawyering. It was a deliberate use of the judicial system to pursue a political agenda,” the judge wrote.

The sanctions were requested by Charles Dolan, one of several defendants — including Hillary Clinton — who were sued by Mr. Trump, alleging a sinister plot linking the Trump campaign to Moscow during the 2016 election.

Mr. Dolan asked the court to punish the former president’s lawyers for bringing the litigation, arguing they repeatedly misled the court.

The judge said the former president’s legal team did violate Rule 11 of the Federal Rules of Civil Procedure, which governs how pleadings should be filed, by having a “cavalier attitude,” summoning the wrong defendant due to a mistake in name and calling Mr. Dolan a “former chairman of the DNC.” Mr. Dolan was never chairman of the Democratic National Committee.

Mr. Dolan served as a volunteer for the Clinton campaign, according to court documents.

“Mr. Trump’s lawyers were warned about the lack of foundation for their factual contentions, turned a blind eye towards information in their possession, and misrepresented the Danchenko Indictment they claim as their primary support,” the judge wrote in his order.

Igor Danchenko is a Russian analyst who was caught up in Special Counsel John Durham’s probe into the Russian collusion narrative. He was acquitted last month on charges that he lied to the FBI.

Mr. Trump’s attorneys did not immediately respond to a request for comment.