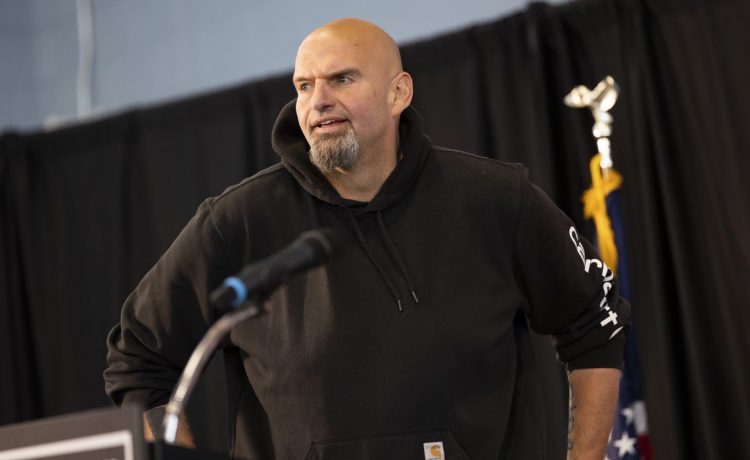 Two years after prolonged ballot counting led to one of the most chaotic presidential elections in history, mail-in voting and other ballot processing issues may postpone the results in key races beyond Nov. 8 and perhaps delay determining which party will control the U.S. Senate.

The Georgia, Nevada, Pennsylvania and Wisconsin Senate races are considered the closest Senate races in the nation, rated toss-ups by non-partisan race analysts. The elections in those states could result in razor-thin margins of victory.

The closer the results are, the more that the increasing use of mail-in ballots may become key to determining a winner, and those could take time to tabulate beyond Election Day.

Georgia voters would have to wait another month or more to learn who wins races for Senate and governor if no candidate garners more than 50% of the vote, which would force a Dec. 6 runoff. In the Senate race, both incumbent Sen. Raphael Warnock, a Democrat, and Republican Herschel Walker, a Republican, have mostly polled below 50%.

The Senate is divided 50-50, with Vice President Kamala Harris providing the tie-breaking vote for Democrats.

States are also anticipating a higher volume of mail-in ballots thanks to changes implemented during the COVID-19 pandemic and election workers will need time to count them.

In Nevada, which conducts elections by mail and sends a ballot to every registered voter, ballots will be counted as long as they are postmarked by Nov. 8, which means election officials could hold off declaring a winner until they are sure they’ve received ballots from everyone who voted on time.

In Wisconsin and Georgia, ballots must arrive by Election Day but could still take longer to tally if workers operating the polls and counting ballots are overwhelmed.

“If you’re spread thin in terms of your election workers, and you have most people focused on keeping the polling places open and running, there’s less resources to put towards processing mail ballots on Election Day,” said Rachel Orey, the Bipartisan Policy Center’s associate director of the Election Project.

The policy center is advocating for changes in all 50 states that would permit election workers to begin processing ballots well ahead of Election Day in order to reduce the strain on election workers, avoid long delays in determining winners, improve election security and increase confidence among voters.

In more than a quarter of states, the Bipartisan Policy Center reports, election officials can start counting mail-in ballots at least seven days before Election Day.

The center said providing workers with a one-week head start is considered “the gold standard,” because it makes it easier for election officials to report results more quickly and accurately on election night when Americans have become accustomed to learning results.

Twenty-six states, including Nevada and Georgia, allow processing at least a few days ahead of Election Day, but the rest do not.

In Wisconsin, where Republican incumbent Sen. Ron Johnson is tied in polls against his Democratic opponent, Lt. Gov. Mandela Barnes, election workers must wait until Nov. 8 to begin processing mail-in ballots.  The same rule applies in Pennsylvania, where celebrity doctor Mehmet Oz, a Republican, is tied in a recent poll with Democrat and Lt. Gov. John Fetterman in another key Senate race.

A Maryland state law prohibiting officials from counting election results until two days after the polls closed led to delays in the results of the state’s July 19 primary.

That prompted the state election board this summer to go to court to challenge the law ahead of November.  Montgomery County Circuit Judge ruled election officials could start counting general election mail-in ballots beginning on Oct. 1.