Coast Guard returns 177 Cubans caught at sea to the island 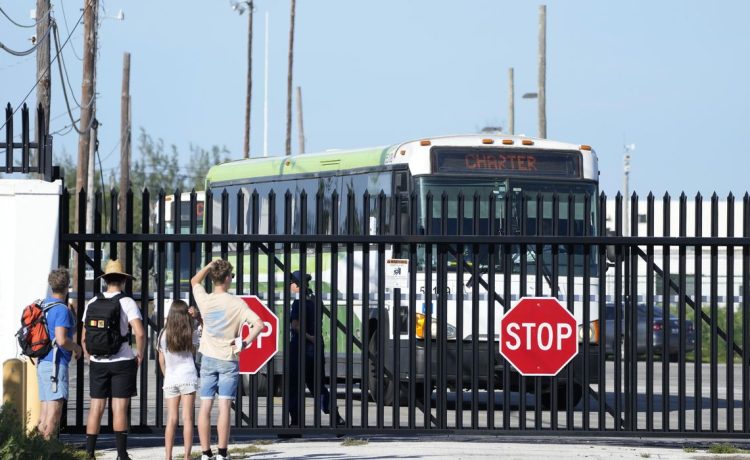 MIAMI — The Coast Guard returned another 177 Cuban migrants who were caught at sea to the island on Thursday.

The migrants were all intercepted separately off Florida’s coast earlier this month, according to a Coast Guard news release. They were repatriated by two Coast Guard cutters.

Since Oct. 1, 2022, the Coast Guard has interdicted more than 4,900 Cuban migrants at sea as they attempted the risky Florida Straits crossing to illegally enter the Keys island chain and other parts of the state. That compares with more than 6,100 Cubans intercepted during all of fiscal 2022, which ended Sept. 30, according to the news release.

The latest effort to return Cuban migrants came just after President Joe Biden’s administration began a new policy to start turning back Cubans, Haitians and Nicaraguans at the Texas border, along with Venezuelans, who arrive illegally.

The administration also said it would offer humanitarian parole for up to 30,000 people a month from those four countries if they apply online, pay their airfare and find a financial sponsor. The U.S. Embassy in Havana, Cuba recently resumed processing migrant visas.

Coast Guard Lt. Cmdr. Mark Cobb said in a statement that with the new legal pathways available for migrants “we urge all people to use the safe and legal means available to travel to the United States. Don’t put your life at risk by taking to the sea when you don’t have to.”