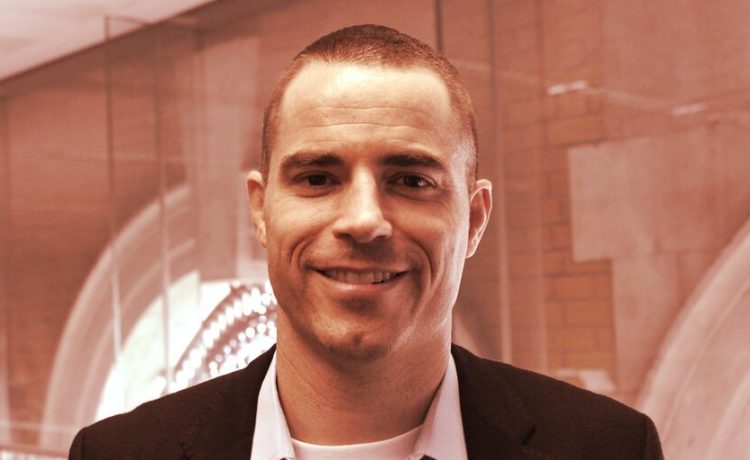 Rather, CEO Mark Lamb claims there is one man responsible for the platform’s financial woes, and the reason it now seeks to raise $47 million in token sale to pay off its debt: the longtime Bitcoin evangelist turned Bitcoin Cash promoter, Roger Ver.

“Roger Ver owes CoinFLEX $47 Million USDC,” Lamb tweeted on Tuesday. “We have a written contract with him obligating him to personally guarantee any negative equity on his CoinFLEX account and top up margin regularly.”

Lamb claims that Ver, who earned the moniker “Bitcoin Jesus” as an early Bitcoin adopter and angel investor, has been in default on this agreement and that CoinFLEX has already issued him a notice of default.

Roger Ver owes CoinFLEX $47 Million USDC. We have a written contract with him obligating him to personally guarantee any negative equity on his CoinFLEX account and top up margin regularly. He has been in default of this agreement and we have served a notice of default.

The CEO’s comments confirm rumors initially leaked by a Twitter user known as  “FatManTerra”—a member of the Terra Research Forum who provided extensive coverage of the stablecoin protocol’s collapse in May. When the rumors first emerged, Ver took to Twitter to deny the allegations.

Lamb responded to Ver’s own claims by calling them “blatantly false.”

Recently some rumors have beenspreading that I have defaulted on adebt to a counter-party. These rumorsare false. Not only do I not have a debtto this counter-party, but this counter-party owes me a substantial sum ofmoney, and I am currently seeking thereturn of my funds.

“It is unfortunate that Roger Ver needs to resort to such tactics in order to deflect from his liabilities and responsibilities,” Lamb said.

The CoinFLEX CEO initially intended to keep its counterparty’s identity private. When discussing his platform’s liquidity trouble and recovery plan through the sale of a new token on Monday, Lamb only identified the source of the problem as a “a certain high-net-worth individual.”

In a blog post on Monday, Lamb laid out his company’s plans for a new liability token called “Recovery Value USD” (rvUSD), which CoinFLEX intends to sell in order to raise $47 million. That’s the amount it needs to resume withdrawals for its clients, and exactly the same amount of money that Lamb claims Ver owes.

“rvUSD is a token issued by CoinFLEX related to an outstanding debt owed by a certain high net worth individual to CoinFLEX,” reads the token’s whitepaper. The text explains that the “individual” recently had his account enter negative equity and has failed to provide the liquidity necessary to meet his margin call.

However, a prior agreement with this individual barred CoinFLEX from liquidating his position, which it would have already done under normal circumstances. The situation led CoinFLEX to freeze withdrawals on its exchange last week, which the company vaguely attributed to “uncertainty involving a counterparty” at the time.

CoinFLEX clarified however that the counterparty was not the troubled hedge fund Three Arrows Capital or any lending firm, ruling out companies like Celsius and BlockFi, which are facing their liquidity issues at the moment.

“This condition required the individual to pledge stringent personal guarantees around account equity and margin calls in exchange for not being liquidated,” Lamb explained in Monday’s blog post. Accordingly, the new rvUSD token is an attempt to “monetize this personal guarantee,” in the form of a liability.

The idea is that this will allow CoinFLEX to raise the $47 million in funds necessary to resume withdrawals, while giving the counterparty, which Lamb claims is Ver, more time to repay. Meanwhile, buyers of the rvUSD tokens will be offered what the company hopes will be a highly attractive 20% yearly return.

“We have been speaking to [Ver] on calls frequently about this situation with the aim of resolving it,” said Lamb in his tweet thread. “We still would like to resolve it.”

According to Lamb, the exchange has already spoken with many large buyers, and generated “significant interest” around the token–which is expected to begin issuance today.

Crypto Twitter’s response to the novel debt instrument, however, has been far less optimistic. The pseudonymous FatManTerra referred to the offering as “amazingly degen.”

This is incredible. A centralized yield service, CoinFLEX, gave a $47m uncollateralized loan to someone who can’t pay it right now. To fund other customers’ withdrawals, they are now turning his debt into a token and selling it to people, offering 20% APY on it. Amazingly degen. pic.twitter.com/6CyEfAqXKP

“They are using terms like ‘margin call’ and ‘negative equity’ to detract from the truth of the situation,” the account tweeted. “In this case, there was nothing to liquidate and the loan is outstanding.” Several other users responded to Lamb’s plans by labeling them “nonsense” and a “ponzi,” while referring to CoinFLEX as a “casino.”

“We wanted to make it such that the assets all match up, and that we pass on this risk to investors that understand what the risk is and are eager for this risk,” Lamb told Bloomberg yesterday.