Colleges prep for monkeypox threat even as COVID-19 fears recede 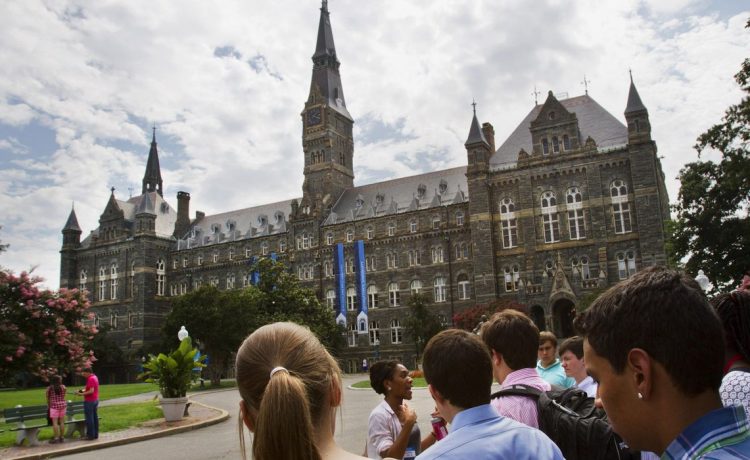 Colleges across America are on high alert for monkeypox as they get ready for the fall semester and are forced to deal with yet another infectious disease.

Administrators are pointing out that, unlike COVID-19, monkeypox requires close contact and the virus is unlikely to be transmitted among students sitting in a classroom. Still, the American College Health Association says colleges “are taking monkeypox seriously.”

“There are a lot of aspects of campus life that could increase transmission — residence halls, contact sports, frequent social events and others,” association spokeswoman Rachel Mack said. “Many campuses have already communicated to students about the risks, how to reduce risk, symptoms to look for, and where to go if they were exposed or have symptoms, among other things, and they are looking for additional resources and guidance to help them prepare and manage outbreaks.”

Colleges are working to recognize and combat monkeypox even as they take a more relaxed approach to the coronavirus, the last major health threat on campus. Masking rules are rare, and institutions are easing off regular COVID-19 testing and closing down isolation dorms.

As they shift to the new threat, college administrators are walking a fine line between protecting gay and bisexual men who account for most of the reported monkeypox cases and warning that anyone can catch the disease.

“While many cases in current U.S. outbreak have been among gay, bisexual, and other men who have sex with men, monkeypox can be a risk to anyone, regardless of sexual orientation or the sex/gender of sexual partners,” David S. Reitman, the medical director for the student health center at American University, said in a recent university-wide email. “It is critical to avoid any stigmatization or discrimination of any groups related to monkeypox.”

He said monkeypox typically spreads by skin contact, which can include intimate contact, but it is not a sexually transmitted infection and sexual contact is not required for transmission.

Experts said colleges will also have to consider the social aspects of detecting and treating monkeypox.

“This is going to be overlaying with a lot of concern about stigma — young people experimenting with their sexuality, people wanting to remain in the closet,” said William Schaffner, an infectious diseases specialist at Vanderbilt University. “There will be people who are concerned if they go to the student health center and present themselves with a rash illness, and it turns out to be monkeypox, they will fear this will get out — that it won’t be treated with complete confidence.”

The Centers for Disease Control and Prevention have recorded nearly 11,900 cases of monkeypox, a virus that is endemic to parts of Africa but started spreading in the U.S. and other non-endemic countries in mid-spring.

The virus is related to smallpox and features a rash with painful lesions. A small percentage of cases are fatal, though the CDC hasn’t reported any deaths in the U.S. this year.

In New York City, the epicenter of the crisis, New York University said it is making testing available to students. It launched a special monkeypox page on its website and warned students, faculty, and all other employees about the virus in a campus health update.

“NYU is closely following developments with regard to monkeypox, our Student Health Center staff is on heightened alert for instances of monkeypox, and we are in contact with local health authorities,” NYU spokesman John Beckman said. “Our public awareness efforts will continue, and we will provide the NYU community with guidance, periodic updates, and information as the situation evolves.”

American University said it has been coordinating its response with the D.C. Department of Health and other universities in the region since early June. It identified the first presumptive cases of monkeypox within the university community in early August, though the persons lived off campus and were recovering.

George Washington University posted a campus message on Aug. 10 that explains in detail how to look for signs of monkeypox. It said symptoms typically occur seven to 14 days after exposure but may appear five to 21 days after exposure.

Like other schools, GWU told the community to be on the lookout but not panic.

“Even though D.C. has higher case rates in relation to other parts of the U.S., MPX is occurring very infrequently here, and even less so among our campus community, where numbers of cases have been very low,” the message said, using an alternative name for monkeypox and declining to provide an exact number of cases. “While MPX can be painful, severe complications from MPX infection are rare, and to date, there have been no deaths related to MPX in the United States.”

Colleges haven’t launched mass vaccination programs to combat monkeypox as they tried to do with the COVID-19 vaccines.

For one thing, there are only so many doses of the Jynneos vaccine to go around. The administration recently launched a “dose-sparing” strategy to give the shots intradermally and stretch supply five-fold.

“Vaccine and antiviral medications are currently in very limited supply, with a focus on confirmed cases, identified close contacts and some identified priority groups,” the University of Michigan told students and staff on Aug. 5.

The CDC calls for directing the vaccines to people who were in close contact with someone with monkeypox; people who are aware that a recent sexual partner has been diagnosed with the virus; people with multiple sex partners in recent weeks in an area with known monkeypox transmission; and lab workers and some health workers who might come into contact with the virus.

The University of Michigan listed county health departments where members of their Ann Arbor, Dearborn and Flint campuses can find vaccines if they qualify under eligibility rules.