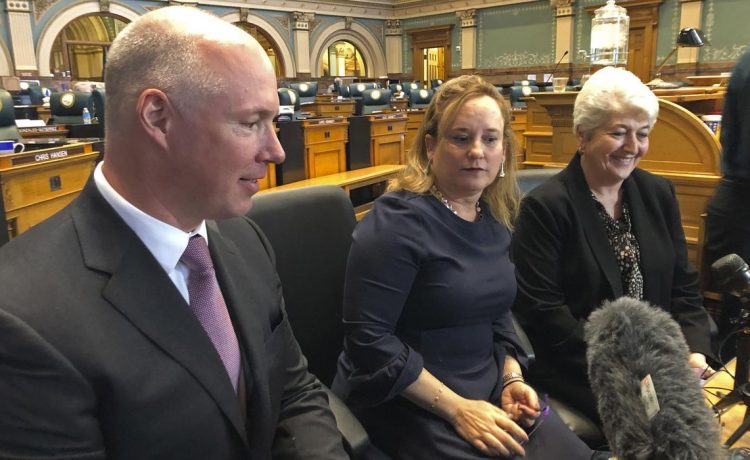 DENVER — Backers of a campaign targeting a Colorado lawmaker who left the GOP and joined the Democratic Party, citing the Republican Party’s embrace of discredited 2020 election conspiracies, received the go-ahead Friday to collect voter signatures in their bid to trigger a recall election.

Colorado’s secretary of state’s office said it had approved a recall petition targeting state Sen. Kevin Priola, whose term representing a suburban Denver district ends in 2025. Petitioners have until Nov. 8 to collect enough signatures to force an eventual recall vote.

Priola infuriated Republicans when he announced his party switch in August, saying he was horrified by the Jan. 6 insurrection at the U.S. Capitol and had waited in vain for his party to repudiate it as well as former President Donald Trump, who continues to insist the 2020 presidential election was stolen.

Numerous assertions that the presidential election was stolen have been proven false.

Priola also rebuked what he called the GOP’s refusal to take climate change seriously. “Today, my Republican colleagues would rather deny the existence of human-caused climate change than take action,” he wrote in a letter announcing his decision.

Priola’s move enhanced Democrats’ prospects for retaining a majority in Colorado’s senate in the November midterm elections. The party holds a comfortable majority in the House. But the recall drive is in a new district assigned to Priola that’s become more conservative thanks to last year’s redistricting process.

Signature-gatherers hit the streets Friday, and the recall campaign already has raised $130,000, said Michael Fields, who heads the recall committee and is president of the conservative group Advance Colorado Institute. Fields cited Priola’s past votes with Democrats, especially on state tax policy, as well as what he called Priola’s betrayal of the Republican voters who elected him to office.

“Conservative Republicans voted for him to be a conservative leader in the Senate,” Fields said.

Priola did not immediately respond to telephone and email requests for comment.

Priola is in his second term as a state senator and is not up for reelection in November. The campaign needs signatures equal to at least 25% of the number of votes cast in the district in the last election to force a vote.

Fields said any recall vote, if certified by the secretary of state’s office, could be held in January.