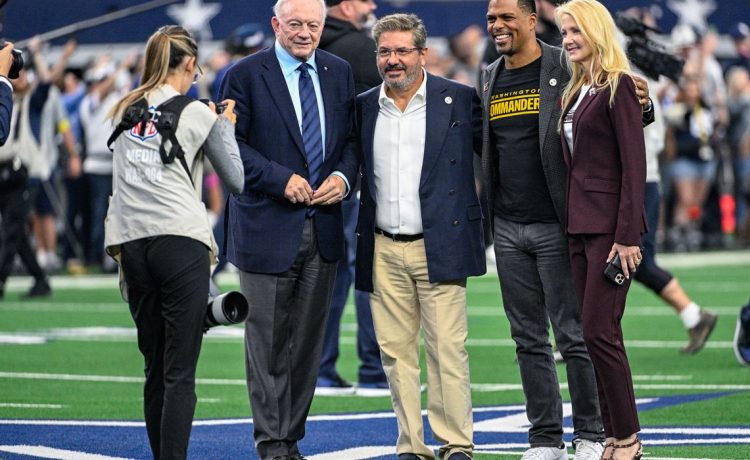 A lawyer for the Washington Commanders said Friday that owner Dan Snyder welcomes the release of a transcript from his nearly 11-hour deposition with the House Oversight and Reform Committee.

John Brownlee, a Holland & Knight lawyer who serves as legal counsel for the Commanders, said in an interview he was part of Mr. Snyder’s legal team that sat in on the July deposition that was held remotely and privately.

The committee has not provided a transcript, and little detail of what the owner told the panel has come to light. The committee has the option to release any information — such as a full transcript or a portion of it — from the interview.

Mr. Brownlee’s comments come after the Commanders’ counsel sent a letter to oversight committee Chairwoman Carolyn Maloney, New York Democrat, this week in which his legal team accused the Democrat-led panel of running a probe that aims to “destroy” Mr. Snyder.

The nine-page letter took issue with a number of tactics from the committee, such as its decision to rely on testimony from former employees who the team says are disgruntled. A committee spokesperson fired back in a statement, saying that the letter was the team’s “latest effort to attack and intimidate former employees” who participated in the investigation.

The letter was written by former Republican Rep. Tom Davis of Virginia, who once was chairman of the oversight committee and now serves as legal counsel for the Commanders. In the letter, Mr. Davis makes multiple references to Mr. Snyder’s deposition — noting, at one point, that the committee’s lawyer objected to Mr. Snyder’s testimony that highlighted “the lasting changes at the Commanders’ workplace.”

Asked what Mr. Snyder told the committee, Mr. Brownlee, who works with Mr. Davis and co-signed the letter, said the owner was “truthful” and “upfront” about a variety of topics.

“He answered the questions as best he could,” Mr. Brownlee said. “I must confess a lot of the questions were things from a long time ago. His memory was what it was. Some of it, quite frankly, entered into the bizarre.

“They were asking questions about draft picks and his involvement in hiring quarterbacks and things like — when you listen to these questions, you’re asking yourself, ‘Why in the world is Congress interested in any of this?’ But I thought he was thorough in his answers and I thought he did a great job.”

A spokesperson for the committee declined to comment about Mr. Brownlee’s statements.

The Washington Times reported in March that according to a high-ranking source, Mr. Snyder was still overseeing the day-to-day operations of the Commanders, contrary to NFL Commissioner Roger Goodell’s assertion that the owner wasn’t involved. The source said then that Mr. Snyder was “heavily involved” in the team’s offseason trade for quarterback Carson Wentz.

On Friday, lawyers Lisa Banks and Debra Katz, who represent 40 former Washington employees, sent a letter to Mr. Davis demanding a retraction for his “ false and defamatory statements” made about three of their clients in his letter to Congress. The pair of lawyers offered specific pushback to Mr. Davis’ claims, including that Tiffani Johnston — the woman who accused Mr. Snyder of making an unwanted advance — couldn’t remember when or where the alleged incident took place.

In February, Ms. Johnston told members of Congress that Mr. Snyder inappropriately touched her thigh underneath a table at a work dinner and later tried to coax her into his limousine. The former marketing manager told reporters then that the dinner took place around 2005 or 2006. Mr. Snyder denied the allegations, though they prompted a new investigation from the NFL.

In their letter Friday, Ms. Banks and Ms. Katz write Ms. Johnston “knows precisely where Dan Snyder’s harassment of her” took place and has relayed that information to Congress, the league and the District attorney general’s office for their investigations. The dinner, they wrote, took place in the spring of 2006.

“In writing your letter, it is clear that you failed to conduct basic fact checking,” Ms. Banks and Ms. Katz wrote, “before publicly impugning the reputation of witnesses in at least three ongoing investigations — one by Congress, one by the NFL and one by the D.C. Office of Attorney General.  As a former member of Congress and former chair of the committee, you should understand the importance of getting facts right.”

As for why Washington’s legal team raised their issues this week, Mr. Brownlee said they thought it was the “appropriate time” to do so in case the committee’s investigation concludes before next month’s midterm elections.

“I don’t have any particular information about their schedule, but I didn’t want to wait too long,” Mr. Brownlee said, “particularly if we wanted to have them consider some of this important evidence. … We noted in the letter that we don’t harbor any illusions they’ll change their mind or do the right thing, but at the end of the day, we felt it was important that they had this evidence and knew of our concerns.”