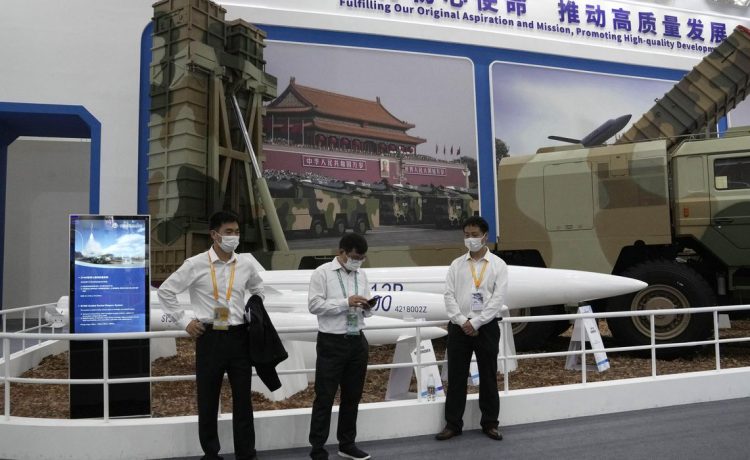 Commerce’s Bureau of Industry and Security said the seven companies were added to the entity list for “activities contrary to U.S. national security and foreign policy interests.”

The space and aerospace companies were added to the list after seeking to acquire U.S.-origin products for the Chinese military, the bureau said in a statement made public Tuesday.

Companies placed on the entity list are required to obtain an export license for all U.S. exports, re-exports, or transfers of goods controlled by export rules. The license requirement brings with it a presumption of denial, the statement said.

The action is part of a crackdown on Chinese military-linked companies that began during the administration of former President Trump. The effort is aimed at preventing U.S. technology and products from boosting the Chinese military.

The actions were taken under the 2018 Export Control Reform Act that tightened export controls after the White House that year released a report that said China is acquiring up to $600 billion in sensitive U.S. technology.

The crackdown also was launched in part to counter China’s civil-military fusion program, which seeks to steal foreign civilian technology for use by the Chinese military.

“With this action, the Commerce Department will have approximately 600 Chinese entities on the entity list – more than 110 of which have been added since the start of the Biden Administration,” the statement said.

In June, Commerce added 23 Chinese companies to the blacklist, including five that have been linked to arms sales to Russia since the February invasion of Ukraine.

Another Chinese firm added to the entity list was Zhuhai Orbita Control Systems.

“U.S. technologies that support space and aerospace activities should not be used to support the PRC’s military modernization. We are constantly monitoring these sectors for evidence of diversion,” said Alan Estevez, undersecretary of commerce for industry and security.

“China’s military-civil fusion program requires BIS to be vigilant and act forcefully when necessary to protect our sensitive technologies,” he said.

The latest additions to the entity list were carried out after an internal government review by the Commerce, Defense, State, Energy, and Treasury departments.