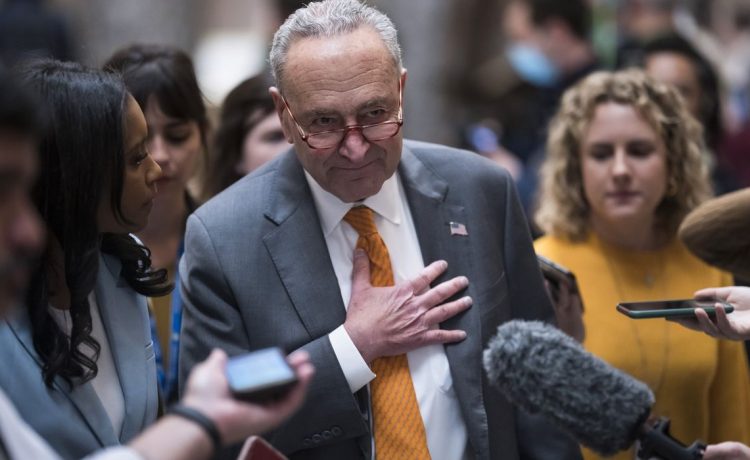 Lawmakers returned to the nation’s capital facing a lengthy to-do list with just a few weeks before they jet off again for the holidays and the current Congress draws to a close.

Topping the busy lame-duck agenda are two must-pass pieces of legislation to set annual defense policies and fund the government.

Members are working to finalize the National Defense Authorization Act or NDAA that Congress has passed on a bipartisan basis each year since 1961 to set Pentagon policies.

Lawmakers must then ensure the federal government does not shutter when funding runs out at midnight on Dec. 16 by either approving an annual budget or kicking the can further down the road with another stopgap spending measure. House Republicans have pushed for another temporary funding bill, known as a continuing resolution, so they have increased leverage in January when they will run the chamber. It is not yet clear whether lawmakers will be able to meet the fast-approaching deadline with a full budget.

“The best option for avoiding a shutdown, of course, is for Republicans to work with us on an [annual budget], ensuring the federal government is fully prepared to serve the public in the next fiscal year,” he said. “[A continuing resolution] will not only cost our military billions every month, it will also freeze new investments in critical military infrastructure, it will mean many staffing and personnel decisions will be put on hold.”

Congress is also looking to pass bipartisan legislation that would enshrine in law the right to same-sex marriage amid fears — mostly from Democrats — that the Supreme Court might overturn the current protections provided by the high court.

The Respect for Marriage Act, which has carveouts for nonprofit religious groups that don’t want to provide services for same-sex marriages, is expected to pass the Senate later this week with the help of a dozen GOP senators. It will then go to the House for final approval, where similar legislation was passed this summer with bipartisan support.

Most Republicans oppose the bill over concerns it fails to go far enough to protect religious organizations and private companies from litigation.

Also on the docket are a bill that would change how Congress certifies the presidential election results and a measure to raise the nation’s debt ceiling.

The bipartisan Electoral Count Act would reform the 1887 law governing how Congress counts the Electoral College votes for president and seek to make it more symbolic in hopes of preventing a repeat of the chaos that ensued during last year’s Capitol riot.

The debt limit does not need to be raised until next year, but Democrats want to check it off the list now to deny House Republicans the ability to wield it as a political weapon in the next Congress.