Congress faces busy lame-duck session as it returns to Washington 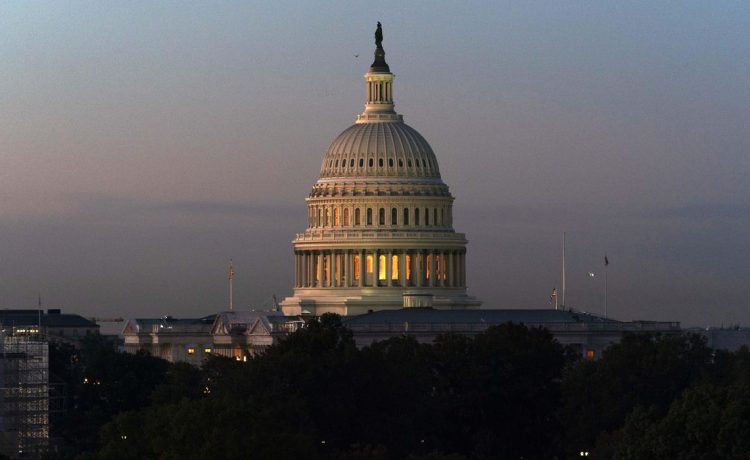 Members of Congress are still unpacking the results of the midterm elections, but they will return Monday to Washington with plenty to do, from funding the government to authorizing key defense programs.

Senate Majority Leader Charles E. Schumer over the weekend said senators should expect “heavy work” and “long hours” even as the final makeup of next year’s Senate hinges on a December run-off election in Georgia and key House races remain unsettled.

Most notably, Congress must pass a funding bill before Dec. 16 to avoid a government shutdown. Democrats could try to add special provisions to the bill — including funding for Ukraine’s war effort and the COVID-19 fight — because the GOP is poised to take over the House and is more skeptical of those efforts.

A second priority is the National Defense Authorization Act, or NDAA, a bill that outlines defense priorities and authorizes funding for them. Increased funding for Taiwan’s security in the face of Chinese threats and possible moves to punish Saudi Arabia for its decision to cut oil production may be considered.

On the Senate side, Mr. Schumer has promised to hold a vote on a bill that would codify the right to same-sex marriage instead of relying on the 2015 Supreme Court decision that made it legal across the U.S.

Democrats are worried the court’s conservative majority will take a second look at that decision after it struck down Roe v. Wade and the nationwide right to abortion.

The Senate measure would need at least 10 Republican votes to overcome the filibuster threshold and advance, so it is unclear if the Democratic measure will get the requisite support.

Senators are also working on a bipartisan bill to reform how electoral votes are counted and certified so it is harder to challenge or overturn the presidential results, something that came into sharp focus during the Jan. 6, 2021, riot at the U.S. Capitol.

Also, Congress will probably grapple with whether to raise the debt limit before the end of the year. Democrats say it is vital to extend the nation’s borrowing authority when the Treasury tells them it is time, arguing the nation cannot risk default.

However, Republicans have signaled they will play hardball and might be unwilling to bless new borrowing given the Democrats’ big-spending agenda of late.

Among quirkier issues, the Senate earlier this year passed a bill that would make daylight saving time permanent so the U.S. doesn’t turn back the clock every November.

It is unclear if the House will take up the bill before the Congress expires. Some lawmakers want to take their time with the issue, given concerns that children will head to school in the morning darkness if the clocks aren’t changed in the fall.