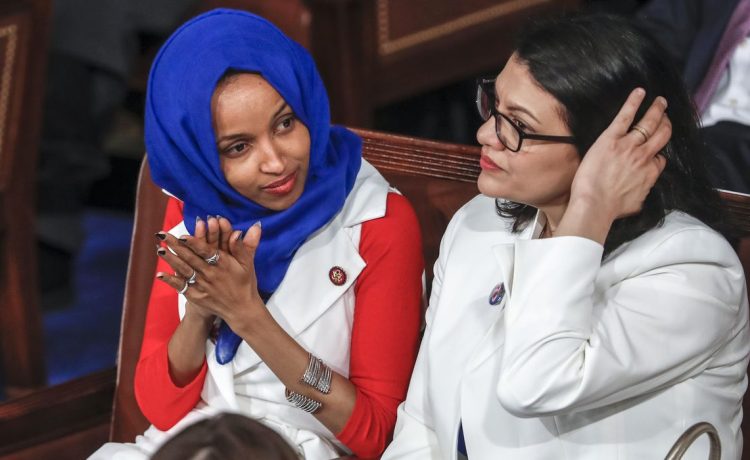 Rep. Ayanna Pressley said the last two years of Congress made her battle-tested to take on the GOP majority that she warns is intent on committing “policy violence.”

The Massachusetts Democrat, who came to Congress in 2019, has never been in the minority, which renders lawmakers virtually powerless on Captial Hill, unable to call the shots in committees or on the House floor.

But Ms. Pressley said that having less power doesn’t mean her voice will be diminished.

“I’m no less emboldened or resolved,” she told The Washington Times. “We’ve got two years to make the affirmative case, so we can get that gavel back. In the meantime, we’ll just continue to do the best we can to mitigate harm in the face of what I think is going to be two years of policy violence — harm and damage to the people that we have the honor of representing.”

Ms. Pressley is a member of the original left-wing “Squad” that includes Reps. Ilhan Omar of Minnesota, Alexandria Ocasio-Cortez of New York and Rashida Tlaib of Michigan.

Reps. Cori Bush of Missouri, Jamaal Bowman of New York and freshmen Reps. Summer Lee of Pennsylvania and Greg Casar of Texas are also now associated with the group.

The Squad has been showered with media coverage since the young, liberal firebrand arrived on Capitol Hill and began pushing the Democratic Party to the left, sometimes clashing with establishment leadership and more moderate members.

They are also a prime target for Republicans wanting to paint Democrats as socialists and big government liberals.

In the new GOP-run Congress, however, the Squad’s ability to put themselves at the center of attention could be diminished. It’s also their first time in the minority.

Minority members in Congress have little power for advancing legislation and are relegated to being the voice of the opposition while plotting to take back control of the chamber in the next election.

“When I watch the network news, all I see are pictures of McCarthy, George Santos, Marjorie Taylor Greene and Matt Gaetz,” said Brad Bannon, a Democratic strategist. “The reality is I think that it’s going to be harder for the House progressives to get much attention.”

The silver lining for Democrats, Mr. Bannon said, is that it could backfire on Mr. McCarthy in two years if the electorate is bombarded with images of GOP division, especially in an already narrow majority.

“It’s a problem for McCarthy because it’s a bad visual, and the Freedom Caucus types are doing a good job of maintaining high visibility,” he said.

Ms. Bush, Ms. Ocasio-Cortez and the Squad compatriots have already seized on the bad optics for the GOP.

“The Party of Insurrection has selected a speaker by cutting a deal with its most hateful faction,” Ms. Bush tweeted. “But we know this – we will fight with everything we’ve got to mitigate the policy violence they intend to inflict. And in 2024, we will deliver the House back to the people.”

Ms. Ocasio-Cortez told MSNBC that Mr. McCarthy was a failed coalition builder and described the GOP as chaotic.

Mr. Casar said the next two years will be a chance for Democrats to come together, citing the party’s unity behind House Democratic leader Hakeem Jeffries in this month’s contentious battle to elect a speaker.

“The dysfunction and division speak for itself in so many ways. I feel proud to be part of the Democratic caucus that is unified, has purpose and has a positive vision for what the federal government can do for working people,” Mr. Casar said. “Even though we’re in a slight minority, I believe we will [soon] be in the majority.”