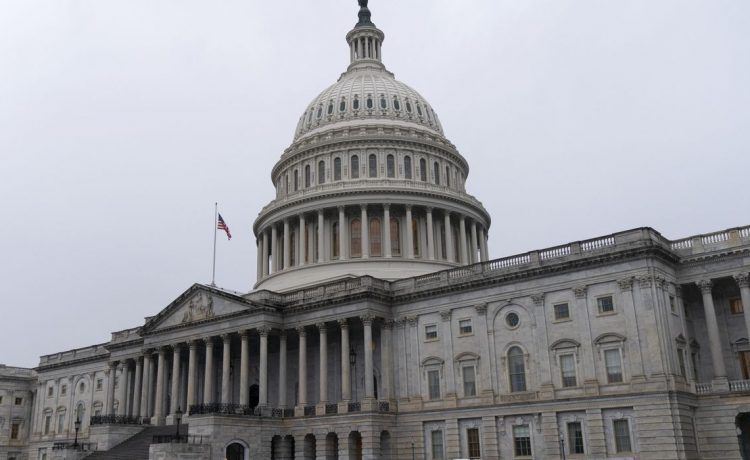 House Democrats’ legal fight with former President Trump to get his taxes threatens to open up a Pandora’s Box that empowers lawmakers to weaponize the IRS and gain limitless access to political opponents’ financial data.

Democrats on the House Ways and Means Committee are asking the Supreme Court to grant them unlimited authority to compel the IRS to provide them with any taxpayer information. That would potentially allow lawmakers to use tax returns as ammunition to inflict political wounds on their opponents.

Court watchers and tax experts warn that if Democrats get their way, it would be open season data from tax returns against anyone the party running the House doesn’t like, including rival politicians, civil rights leaders or judges.

“We should be worried about all of this. Taxpayers need to know that if they are providing stuff to the IRS on Thursday, it won’t be on the front page of The New York Times on Friday,” said Joe Bishop-Henchman, executive vice president of the National Taxpayers Union Foundation, a conservative taxpayer advocacy group.

Under a century-old provision in the U.S. tax code, the chairs of Congress’s tax-writing committees, including the Ways and Means Committee, have the authority to order the IRS to turn over financial information on any taxpayer. The provision directs that the IRS “shall” furnish material upon request to the committee.

The provision is otherwise poorly defined, and its limits are self-imposed. It simply requires the committee to vaguely prove it has a valid legislative purpose for requesting tax documents.

The House Ways and Means Committee and Senate Finance Committee frequently use this provision to study the impact of various tax policies on taxpayers. Under the provision, taxpayers are not notified if Congress asks for their financial information.

While tax documents requested by Congress are supposed to remain confidential, Capitol Hill is notoriously leaky, and the Justice Department has had little appetite to prosecute leakers.

The IRS already has a poor track record for staying out of politics, which only adds to concerns about strengthening Congress’ power to access Americans’ tax returns.

In 2013, the Obama-run IRS admitted that it had been aggressively scrutinizing conservative groups with names such as “Tea Party” and “Patriots.” It also targeted some liberal groups but in significantly smaller numbers.

The IRS stepped up the scrutiny in 2010 as applications for tax-exempt status surged as tea party groups organized and sought to be labeled as a 501(c)(3) so donors could get a tax write-off.

In 2017, the Trump administration reached two separate “substantial financial settlements” with nearly 500 conservative groups. As part of the settlements, the IRS apologized for mistreating the organizations.

Last year, ProPublica obtained a vast trove of IRS data on the tax returns of some of the nation’s wealthiest people, including Carl Icahn, Michael Bloomberg, Jeff Bezos and George Soros.

Republicans blamed IRS staffers for the disclosures, saying they leaked the confidential information to push for higher taxes on the wealthy. Democrats seized on the issue, saying weakened information technology and fewer safeguards led to the leak, using it as an argument to bolster IRS funding.

ProPublica has insisted it doesn’t know where the information came from and said it has no evidence IRS staffers released it.

In 2019, The New York Times obtained copies of Mr. Trump’s tax returns from 1985 to 1994 and published them in an article that won a Pulitzer Prize. Mr. Trump sued the paper and his niece, Mary Trump, accusing her of leaking the documents to the paper.

Andy Grewal, a professor of income tax law at the University of Iowa, said those incidents underscore the potential dangers of allowing lawmakers unfettered access to individuals’ tax returns.

“This really depends on how much trust you have in public officials,” Mr. Grewal said of the ability to weaponize tax returns. “Most congressmen and congresswomen don’t release their returns, and under this power, a chairman can request the tax returns of all their opponents and leak them in one big dump.”

Mr. Bishop-Henchman of the National Taxpayers Union Foundation said that publicly releasing tax returns could also put more pressure on the IRS. He described a scenario in which IRS officials give harsher audits to high-profile individuals, including presidential candidates, out of fear of being called out for being too lenient on a taxpayer.

Although congressional requests for taxpayer information are shrouded in secrecy, there appears to be no precedent for lawmakers asking for a president’s tax returns until 2019. That’s when House Ways and Means Committee Chairman Richard Neal, Massachusetts Democrat, subpoenaed the IRS to hand over Mr. Trump’s personal and business tax records from 2015 through 2020.

Mr. Neal said the documents were necessary for a valid investigating purpose — to improve the IRS process for auditing presidents.

Mr. Trump, unlike other recent presidents, refused to make his tax returns public and turned to a federal court to stop the IRS from handing over those documents. That kicked off a three-year court battle that landed in the Supreme Court earlier this week.

The high court quickly issued a temporary order blocking Congress from obtaining Mr. Trump’s tax returns until he formally asks the court to stop its release. The Ways and Means Committee has until Nov. 10 to respond to Mr. Trump’s application for the delay.

Mr. Trump asked the justices to reconsider an August decision by a three-judge panel on the U.S. Court of Appeals for the D.C. Circuit. The panel, which included two judges appointed by Republican presidents, ruled the committee is entitled by federal law to review anyone’s taxes in order to consider new legislation.

The appellate court ruled that the committee had identified a “legitimate legislative purpose” for requesting Mr. Trump’s taxes. The Judges said fears of political motivations behind the request were unfounded, adding that it was “rare” that a member of Congress would pursue a legislative purpose “without considering the political implications.”

Mr. Neal hailed the ruling as evidence that “the law has always been on our side.” He vowed his committee’s investigation would begin as soon as possible.

Rep. Kevin Brady of Texas and the ranking Republican on the Ways and Means Committee warned the ruling created “a dangerous new political battleground” where “no citizen is safe from the majority party.”

Legal experts say there are plenty of reasons to be skeptical of Democrats’ claims they are not targeting Mr. Trump.

Since much of Mr. Trump’s tax documents are already in the hands of The New York Times, it would be easier for the committee to subpoena the paper for the materials than engage in a protracted legal fight with the former president.

The committee has only requested Mr. Trump’s tax documents for its probe into how the IRS audits presidents. It did not ask the IRS for the tax returns of President Biden or his immediate predecessors.

Mr. Neal and the Ways and Means Committee did not respond to multiple requests for comment.

The committee’s reason for wanting the documents was never a very good one, said Josh Blackman, who teaches Constitutional law at South Texas College of Law.

“It creates the risk that Congress can start making all kinds of rationale to obtain potentially compromising personal financial documents,” he said.

Court watchers worry the legal dispute may never get resolved at the Supreme Court level. If that happens, the appellate court ruling would stand, giving Congress unlimited access to taxpayer documents.

In 2020, the Supreme Court ruled that Mr. Trump must turn over his business and tax records to Manhattan District Attorney Cyrus Vance Jr., who was conducting a probe into the former president’s business dealings.

In that case, the court ruled that a president is not immune from state criminal subpoenas. The decision was fairly narrow and did not define a legitimate investigative purpose.

It’s also possible that Congress’ case also doesn’t define the extent of congressional power. If the Republicans regain control of Congress in next week’s midterms, they will likely drop the dispute if it is still unresolved when they take over in January.

Court watchers say it is critical that the Supreme Court clarify the issue.

“Right now, the statute is very broad, so there are no limitations,” Mr. Bishop-Henchman said. “There are cases that if a request could cause harm, the IRS doesn’t need to honor the request, but that is not written into the law. Congress and the court need to take a second look at this law when it is less heated.”