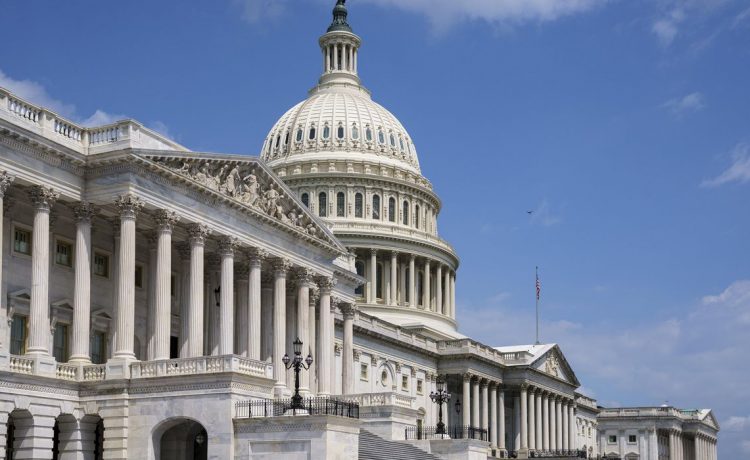 Democratic lawmakers making a last-ditch attempt to pass a tax and spending bill are now weighing whether to extend COVID-era Obamacare subsidies to avoid skyrocketing premiums that will hit just as voters head to the polls in November.

Senate Democrats negotiating the broad package are under pressure to include additional funding for the subsidies, which Democrats passed in March 2021 as part of a massive COVID-19 relief package. The subsidies are set to expire on December 31. If they are not extended, health policy experts predict premiums in the 33 states that use the government healthcare marketplace will rise by 53% just as people begin shopping for new plans in November.

Senate Democrats on Monday didn’t rule out adding extended Obamacare subsidies to the package they hope to pass later this month.

Also in the negotiations are money to bolster Medicare, a plan to lower some prescription drug prices and a slate of clean energy tax credits. The measure would be funded with a 3.8% tax on pass-through business income.

Advocates are pushing to add the permanent, enhanced Obamacare subsidies to the package, which would cost more than $200 billion over the next decade. It could complicate negotiations among Democrats to finalize the existing tax and spend package now under discussion. The party hopes to pass the bill unilaterally using a budgetary tactic that would circumvent a GOP filibuster. That means all 50 Democrats would have to support the final bill.

A key Democratic negotiator, Sen. Joe Manchin III of West Virginia, hasn’t ruled out including the Obamacare subsidies in the package. But he said the subsidies should be directed toward individuals on the lower end of the income scale.

“I haven’t heard them mentioned but it doesn’t mean they aren’t on the agenda,” Senate Majority Whip Richard Durbin, Illinois Democrat, said when asked if negotiators were discussing adding the subsidies to the package.

Democrats extended the Obamacare subsidies in March 2021 as part of a $1.9 trillion pandemic aid package. The bill broadened eligibility to end the so-called cliff that cuts off financial help to those earning more than 400% of the poverty level.

As a result, earners well over the poverty line are now eligible.

Brian Blase of the Galen Institute, a public policy research organization, calculated that a family of four headed by a 60-year-old earning $240,000 per year “will now qualify for a subsidy of nearly $9,000.”

Mr. Blase is among a group of health care policy experts who say the subsidies drive up costs for consumers and should end.

The libertarian Cato Institute’s director of health policy studies, Michael F. Cannon, said health insurance companies stand to benefit the most from continuing the subsidies and they are lobbying Congress to extend them “because the subsidies are so lucrative and they don’t want the gravy train to stop running.”

But left-leaning policy groups say the Obamacare subsidies passed by the Biden administration have increased the number of people covered by health insurance.

Taking away the subsidies would raise net premiums by 53%, likely resulting in 3 million people dropping coverage, according to Emily R. Gee, the vice president and coordinator of health policy for the Center for American Progress, a liberal think tank.

Ms. Gee said fewer enrollees will change the risk pool and, as a result, insurers will raise rates.

“That is what drives individual insurance company rates up,” Ms. Gee said.

For Democrats, rising rates and ending subsidies could be a recipe for disaster in November as voters, increasingly frustrated with inflation and high gas prices, face additional new costs paying for health insurance.

Insurers in some states are already proposing substantial rate increases. The insurers are basing rates on the assumption that the subsidies will not be extended and people will drop coverage, though they are not saying the subsidies are the main reason for drastic hikes.

Insurers in the Connecticut health care marketplace are seeking an average increase of 20% for 2023 citing the high costs of drugs, medical care and treating and testing for COVID-19 as the driving factor.

Health insurers in the state said the looming end of enhanced Obamacare subsidies was also a factor.

Mr. Cannon said he’s not surprised at the rate increases.