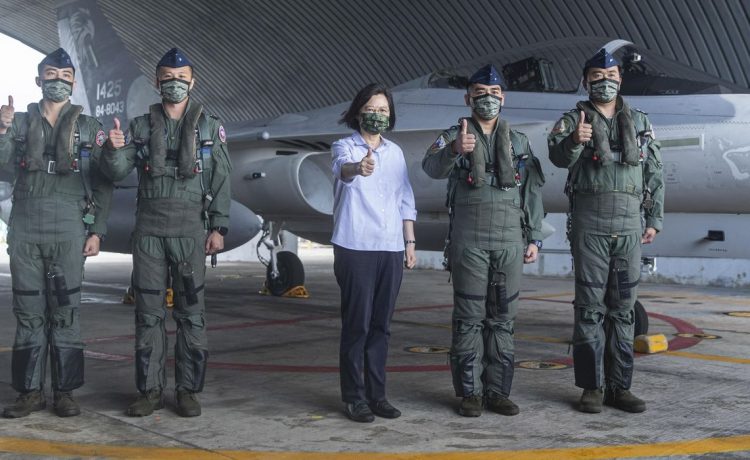 Congress is poised to significantly boost U.S. security assistance to Taiwan to thwart a potential invasion by China as part of this year’s must-pass defense policy bill.

The final text of this year’s $847 billion National Defense Authorization Act provides up to $10 billion in foreign military financing grants to Taipei over the next five years. It also includes provisions that authorize “presidential drawdown authority” to fast-track military aid to Taiwan in a manner similar to U.S. aid for Ukraine.

The bipartisan support for boosting lethal aid to Taiwan reflects a growing sense of urgency in Washington to support Taipei in the face of potential aggression.

“The China challenge has become the most significant national security issue our nation has faced in a generation and I am incredibly proud to help Congress continue to make the necessary reforms and investments to bolster our support for Taiwan’s democracy before it is too late,” said Senate Foreign Relations Committee Chairman Robert Menendez, New Jersey Democrat.

The security assistance package for Taiwan is among several provisions in Mr. Menendez’s Taiwan Policy Act included in the NDAA.

The final text of the NDAA is expected to pass in the House this week, and in the Senate next week. It also directs the State Department to develop strategic guidance to assist Taiwan’s private sector in responding to Chinese cyber attacks and disinformation campaigns, and policy to promote Taiwan’s inclusion and participation in international organizations.

The measure also calls on the Biden administration to provide Congress with an assessment of China’s nuclear threat, and how the war in Ukraine has affected Beijing’s posturing toward Taiwan.

Congress is set to vote on the measure as President Biden seeks to assure world leaders that he can salvage U.S.-China relations, which have quickly deteriorated under his administration.

Last month, Mr. Biden assured reporters that tensions between the U.S. and China need not devolve into “a new cold war,” after his first in-person meeting with Chinese President Xi Jinping since taking office.

The president said he had an “open and candid” conversation with Mr. Xi about a range of topics, including Beijing’s increasing provocations toward Taiwan.

Chinese officials have complained that U.S. arms shipments and high-profile contacts such as Democratic House Speaker Nancy Pelosi’s trip to the island in August have upset longstanding diplomatic understandings. Mr. Xi in a statement after the meeting called the Taiwan issue the “first red line” in U.S.-China relations.

Beijing has insisted that Taiwan is part of its territory and is determined to achieve a “peaceful reunification.” Last month, Mr. Xi vowed that China will “never commit to abandoning the use of force” to achieve that goal, adding that he would “take all necessary measures” to do so.

Under the “One China” policy, the U.S. acknowledges Beijing’s position that Taiwan is part of China, even though the U.S. maintains informal diplomatic relations and substantial defense ties with the island democracy — and does not technically recognize Chinese sovereignty over it.

Although Mr. Biden emphasized to Mr. Xi that the U.S. policy toward Taiwan has not changed, he said four times ahead of the talks that the U.S. would defend the island if Beijing were to attack.

Leaders in Congress said they hope to avoid another crisis similar to Ukraine and are pushing to preemptively arm Taiwan before any shots are fired.

Advocates say the aid is consistent with U.S. obligations under the Taiwan Relations Act, which outlines U.S. policy for aiding Taiwan’s self-defense.