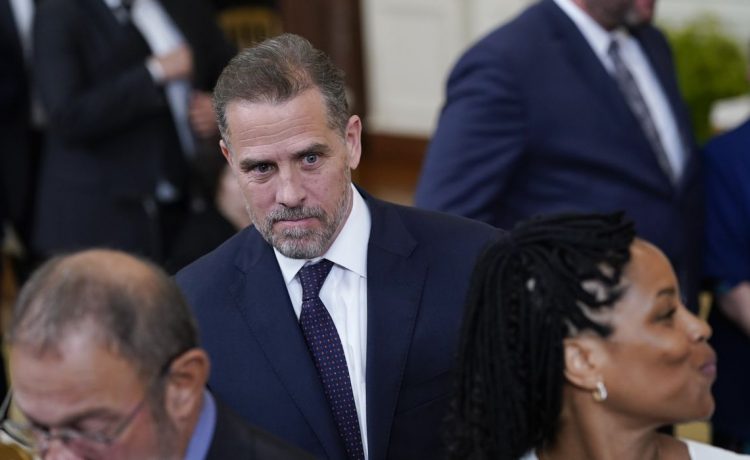 House Republicans have released evidence that they say shows Hunter Biden may have been compromised by Chinese intelligence through a business associate who advised on a deal to sell liquid natural gas reserves to China and later encouraged his father to run for president in 2020.

In a letter to FBI Director Christopher Wray unveiling the findings, the top Republican on the House Oversight Committee unveiled new emails and text messages between Hunter Biden and JiaQi “Jackie” Bao, a former Chinese official who the lawmakers say maintained ties to Chinese intelligence while advising the Biden family.

“Documents obtained by Committee Republicans reveal Hunter Biden’s business partner and close personal associate was linked to the Communist Party of China (CCP), her employer before the Biden family,” Rep. James Comer of Kentucky wrote. “JiaQi ‘Jackie’ Bao provided Hunter insight into purchasing liquified natural gas reserves in the United States to sell to China, had access to the Biden family’s financial information, and liaised with CCP-affiliated agents on the Bidens.”

Mr. Comer said after “infiltrating the Biden family” Ms. Bao encouraged President Biden to run for office “months before he announced” and supplied his campaign with “advice related to China.”

“Committee Republicans are concerned Hunter Biden may have been compromised by the People’s Republic of China (PRC) and foreign intelligence services,” Mr. Comer wrote. “Due to the interconnected nature of the Biden family’s finances and business dealings, this type of access would jeopardize U.S. national security.”

In the letter, which was delivered to Mr. Wray this week, Mr. Comer accused the FBI of a “troubling” lack of interest in the Biden family’s dealings.