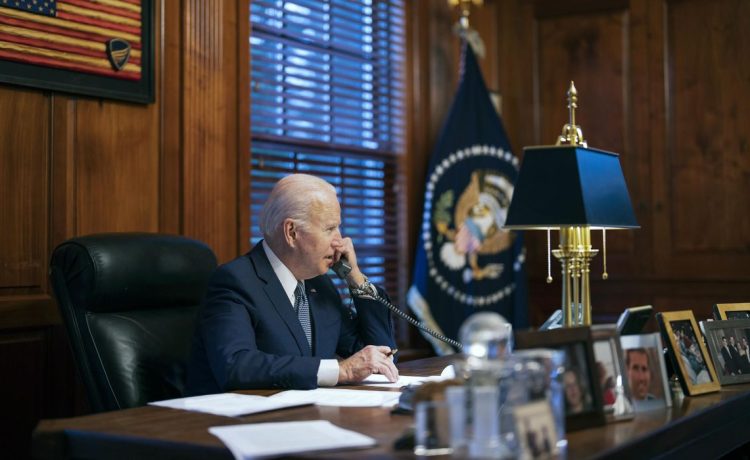 House Republicans ramped up their scrutiny of the Washington think tank where the first batch of classified documents from President Biden’s time as vice president was discovered.

The National Archives and Records Administration threw the White House a lifeline, saying the agency might not be able to share information about the Obama-era records with congressional investigators.

Complicating an already messy day for an administration engulfed in the documents scandal, White House press secretary Karine Jean-Pierre became visibly frustrated when sparring with reporters who decried her conduct as “an information blackout.”

House Oversight Committee Chairman James Comey sent a letter to University Pennsylvania President Mary Elizabeth requesting information about foreign donations and visitors to the Penn Biden Center for Diplomacy and Global Engagement. That’s where classified documents — including some believed to be top secret — were found on Nov. 2 in an office used by Mr. Biden after his term as vice president.

More classified documents were later found at several locations at Mr. Biden’s home in Wilmington, Delaware, including in the garage.

Mr. Comer, Kentucky Republican, said the number of Chinese donations to the university could give the Chinese Communist Party sway over Mr. Biden’s policies.

“The Committee has learned UPenn received tens of millions of dollars from anonymous Chinese sources, with a marked uptick in donations when then-former Vice President Biden was announced as leading the Penn Biden Center initiative,” he wrote. “Not only were these donations made while President Biden explored a potential run for president and launched his campaign, but also as his family and associates pursued lucrative financial projects with partners in China.”

The Penn Biden Center is affiliated with the University of Pennsylvania, where Mr. Biden served as an honorary professor from 2017 to 2019. As part of that relationship, Mr. Biden had an office at the center’s Washington location until he was elected president in 2020.

The conservative watchdog group National Legal and Policy Center last year alleged that the Penn Biden Center raked in tens of millions of dollars in anonymous donations from China.

Stephen MacCarthy a spokesperson for the University of Pennsylvania, confirmed he had received Mr. Comer’s letter. He also said the Penn Biden Center never solicited or received any gifts from Chinese or other foreign entities.

While GOP lawmakers zeroed in on the Penn Biden Center, the National Archives told Mr. Comer it cannot share information about the documents unless it is cleared by the Justice Department.

In a letter to Mr. Comer, acting Archivist Debra Steidal Wall said the agency must ensure any disclosures won’t interfere with a Justice Department probe into the matter.

“Our desire to provide you with as much information as we can … must also be balanced with the need to protect Executive branch equities, particularly as they relate to ongoing criminal law enforcement investigations by DOJ,” Ms. Wall wrote. “DOJ had advised that it will need to consult with the newly appointed Office of Special Counsel (SCO) in DOJ to assess whether information can be released without interfering with the SCO’s investigation.”

Ms. Wall’s letter was in response to a request from Mr. Comer seeking all documents and communications between the Archives, the White House, Justice Department and Mr. Biden’s legal team regarding classified documents discovered at the president’s former office in Washington.

One reporter pressed Ms. Jean-Pierre over her refusal to answer questions about White House procedures when it comes to handling classified documents, earning a sharp rebuke.

“It’s not your decision to make what I can and can’t answer from here,” she responded.