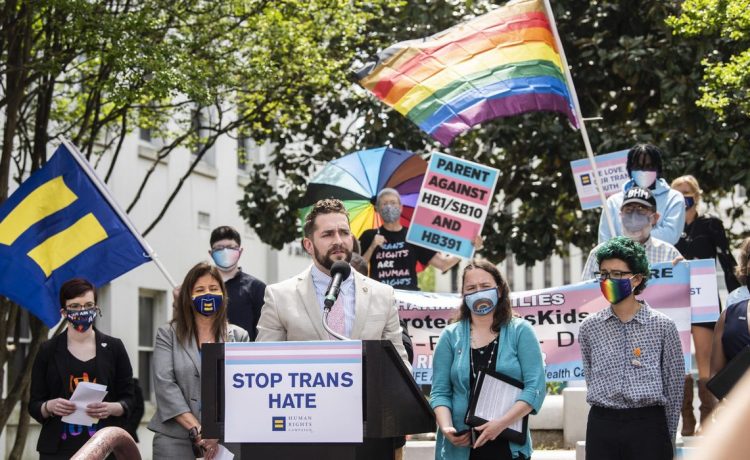 A conservative grassroots advocacy group is challenging a Justice Department subpoena seeking documents and communications about lobbying in support of an Alabama law banning gender transitioning treatment for youth.

The organization, Eagle Forum of Alabama, called the subpoena “unprecedented” — noting that the group is not even a party to a transgender-rights lawsuit seeking to overturn the Alabama law.

“If the DOJ can weaponize a subpoena, any American can be unduly burdened and prevented from engaging in our democratic republic form of government. Freedom of speech and freedom of association will be squelched,” said Kristen Ullman, president of Eagle Forum.

Transgender children and their parents sued the state of Alabama, challenging the Alabama Vulnerable Child Compassion and Protection Act, which was passed earlier this year and makes it a crime to medically assist youth in gender transitioning.

The plaintiffs claim that the law prohibits parents from seeking medical care for their children.

The Justice Department has sought to intervene in the litigation and get records from Eagle Forum of Alabama about its lobbying and outreach in favor of the law.

The subpoena seeks five years of records from the organization, but lawyers for Eagle Forum of Alabama argue the court should dismiss the DOJ’s requests because handing over the documents would run afoul of First Amendment rights.

“They would have a chilling effect on the membership of EFA as well as other citizens in fully engaging in the political process and exercising their constitutional rights to free speech, assembly, and to petition the government,” the group said in filing in federal court.

Ms. Ullman accused the Biden administration of “harassment” and demanded it stops.

“This unprecedented, massive demand by the DOJ for information unrelated to the issues before the court is a blatant attempt to intimidate and silence a non-party organization and crush its Constitutionally-protected rights to educate others, petition the government, and speak freely,” she said.

A spokesperson from the Justice Department did not immediately respond to a request for comment.

The Alabama Vulnerable Child Compassion and Protection Act was set to take effect in May but was blocked, in part, by an injunction while the lawsuit is pending.