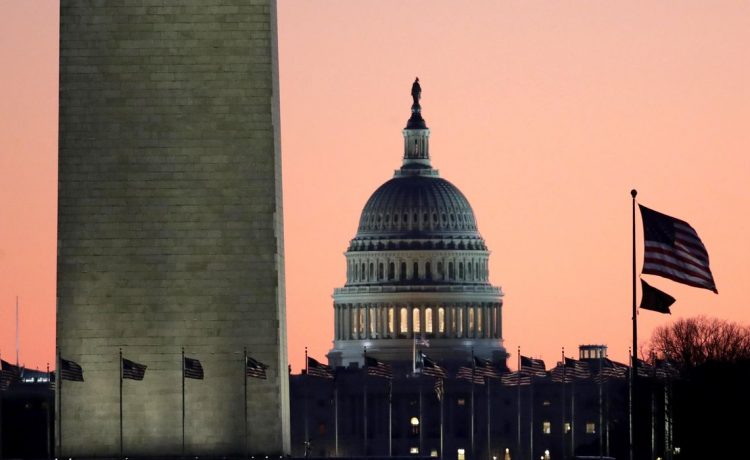 Less than half of Americans can name the three branches of the federal government — executive, legislative and judicial — according to an annual survey of civics knowledge coinciding with Saturday’s Constitution Day holiday.

Respondents to the Annenberg Public Policy Center’s survey also had little understanding of the impact of a Supreme Court ruling, and few could enumerate freedoms guaranteed by the First Amendment.

“My impression is that even in prestigious universities, maybe 30% of all students could pass the civics test required of incoming immigrants,” said Joseph Ellis, a Pulitzer Prize-winning constitutional historian.

Mr. Ellis, who taught history for 45 years, said in a telephone call with The Washington Times that the study confirms his experience that today’s college graduates “don’t know anything that happened before they were born.”

“The ignorance of American history is one of the reasons this generation is so vulnerable to conspiracy theories from both the right and the left,” he said.

In the Aug. 2-13 telephone survey of 1,113 adults released Tuesday, only 47% could name the three branches of the federal government.

That’s down from 56% who could identify the legislative, executive and judicial branches in last year’s annual Constitution Day survey. It’s the first decline on this question in six years.

“Surely one cause is the COVID-19 pandemic, which led to learning loss across ages and subject matters,” said Jonathan Zimmerman, a history professor at the University of Pennsylvania, the home of the Annenberg Center. “But I also suspect that young Americans are simply tuning out politics, in part because they don’t believe it can make a difference in their lives.”

One-quarter of respondents could not name even one branch of the federal government, up from 20% last year.

“My best guess is that it reflects the shift in education away from teaching mere facts to encouraging students to, allegedly, think for themselves,” said Robert Weissberg, a retired political science professor at the University of Illinois. “Without the basic information, you can’t think intelligently.”

The survey also found sharp declines in the percentages of Americans who could name the five freedoms guaranteed in the First Amendment.

The share who knew it protects freedom of religion dropped from 56% last year to 24% this year. Only 20% could name freedom of the press, down from 50% last year, and knowledge of the right to assemble dropped from 30% to 16%.

Just 6% named the right to petition the government as a First Amendment right, down from 20% last year.

And more than half of Americans incorrectly believe the First Amendment guarantees the right to express themselves freely on Facebook, a privately owned website that’s not subject to those protections.

“It’s troubling that so few know what rights we’re guaranteed by the First Amendment,” Kathleen Hall Jamieson, Annenberg’s director, said in a statement.

Only 55% of respondents correctly knew that a 5-4 Supreme Court decision “is the law and needs to be followed,” down from 61% last year.

“I wonder whether the ideological split we are seeing in the nation has made it harder for young people to discern the actual structures of civic institutions and governmental divisions,” said Ronald J. Rychlak, a law professor and former associate law school dean at the University of Mississippi.

Among survey respondents, those who took a high school civics class proved likelier to know the correct answers.

Some scholars downplayed the data, pointing out that Annenberg reported “notable increases” in civics knowledge in 2020 and 2021.

“Consequently, I wouldn’t make too much out of a single-year poll result,” said Paul Brace, a political scientist at Rice University.

“The decrease this year, while important, still generally reflects improvement over even relatively recent years,” Mr. Perrin said. “What’s more important is whether people have democratic attitudes like tolerance for those they disagree with or willingness to listen and argue using evidence.”

In those areas, free speech advocates say high schools and colleges have room for improvement.

“For our democracy to survive, our citizens must gain a robust understanding of free expression and learn how to communicate across increasingly polarized divides,” said Jeremy Young, director of free expression for the nonpartisan free speech advocacy group PEN America.

Several scholars blamed polarization for driving this year’s decline in civic knowledge, citing the reaction to the Supreme Court’s recent decision to overturn Roe v. Wade as an example.

“The executive branch now acts as though it is the entire government,” said Peter Wood, president of the conservative National Association of Scholars. “Executive branch agencies, creating their own administrative law, bypass Congress. The Supreme Court is vilified for returning matters to the state governments.”

Added Mr. Wood, a former associate provost at Boston University: “It is easy to see why people who are not versed in civics are confused about the division of powers in the federal government.”