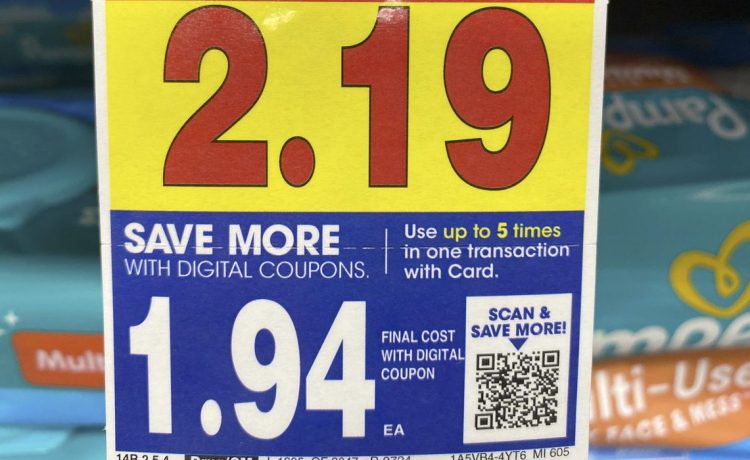 A coalition of consumer rights groups has petitioned U.S. supermarkets to end digital-only discounts, calling them discriminatory against seniors and low-income shoppers who lack internet access.

The request came in a letter that the owner of the website Consumer World emailed to the owners of 12 leading grocery chains. Advocacy groups Consumer Action, Consumer Reports, the National Consumers League and PIRG also signed it.

“It’s digital discrimination, and the most vulnerable people are being shut out of these online discounts at the worst possible time given record high inflation,” Edgar Dworsky, who founded Consumer World in 1995, said in a statement.

In a statement to The Washington Times, Albertsons defended its decision to offer “special pricing to our loyal customers.”

“While we primarily offer this pricing through our website or our banner store for U app on a smartphone, many of our stores also allow for individuals who may not have digital access to present the weekly circular to the cashier for the discount(s) to be applied at the register,” Albertsons said. “We will continue to provide assistance to users of the rewards program in the store to help them ensure they get the best possible experience and prices.”

The other supermarket chains did not respond to requests for comment.

“The fact that grocery stores have adapted to provide these various options demonstrates that they are trying to help more customers access better deals,” Ms. Garlich said. “We object strenuously to any suggestions of ageism.”

According to consumer rights advocates, however, most supermarket locations do not offer assistance or alternatives for non-digital shoppers to access digital deals.

Digital discounts have grown in popularity during the pandemic as more shoppers use the internet for food purchases.

To receive the deals, supermarkets require that loyalty card holders load them onto their accounts through a smartphone or other device — an intuitive process for many smartphone users.

Roughly one-third of 942 shoppers responding to a September poll from Consumer World could not correctly explain how to access digital discounts, the group’s letter said.

The letter also cited Pew surveys showing that 39% of seniors do not have smartphones and 43% of low-income Americans lack broadband internet access.

Still, experts argue that shoppers don’t have a right to coupons.

Retailers traditionally practice legal price discrimination to limit the number of people receiving discounts to desired demographics, according to Sam Kain, a finance professor at Walsh College in Michigan.

“There is no right inherent in a person’s existence to all goods at the same price as everyone else,” Mr. Kain said.

Consumer advocates list several examples of store-issued electronic coupons for fresh meat, produce, seafood and other items to illustrate the difference in pricing.

Coupon images embedded in this week’s letter show digital-only shoppers getting a $9 price cut for a three-pound package of steaks at one unnamed supermarket and a 75% discount for a carton of eggs at another.

Another image shows three prices listed on a store shelf for a carton of ice cream: a $4.49 regular price, a $3.99 sales price and a $1.94 “digital coupon” limited to three cartons per customer.

Digital deals advertised by email and text have the added advantage of being cheaper and faster than conventional mail for grocers struggling to keep rising food prices down, according to economists.

“No wonder sellers are targeting the electronically sophisticated and tending to ignore or place less emphasis on the poor and elderly who might not even have email addresses,” said Walter Block, an economics professor at Loyola University New Orleans.