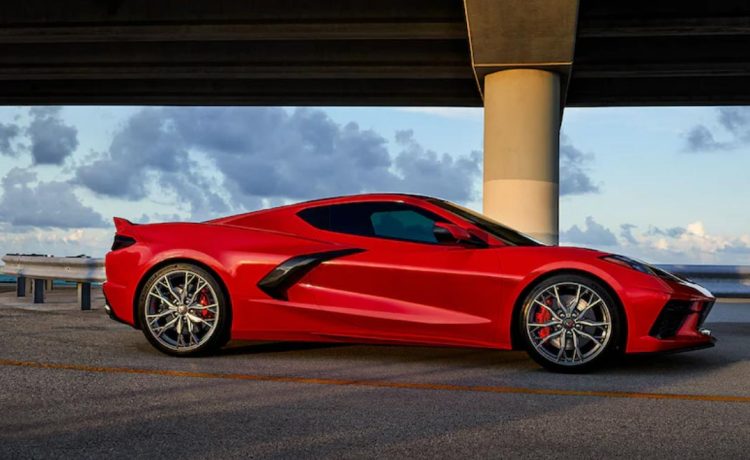 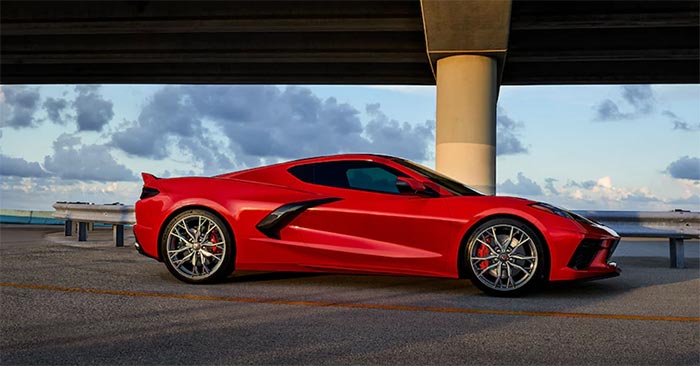 Whenever we see a Consumer Reports article featuring a Corvette, we’ve never quite sure what their take is going to be in advance due to the love/hate relationship we have covered over the years. As an example, Consumer Reports declined to recommend the 2021 Corvette, and in 2022 they called it one of their 10 Least Reliable Cars based on future considerations. But today’s article is good news for Jake Fans as the organization has rated the 2023 Corvette Stingray as Recommended.

We are not subscribers to Consumer Reports, so we always have to wait for some Corvette fan out there to post the latest news. You can see much of this new report shared by a member of MidEngineCorvetteForum.com.

Here’s a screenshot showing that the 2023 Corvette Stingray scored an 87 Rating, along with the coveted Recommended tag. That would put it higher than the 2023 Mazda MX-5 Miata and the 2023 Toyota Supra, both of which scored 82, and the 2023 Porsche 718 Boxster was rated at 78. Way to go, Chevy!! 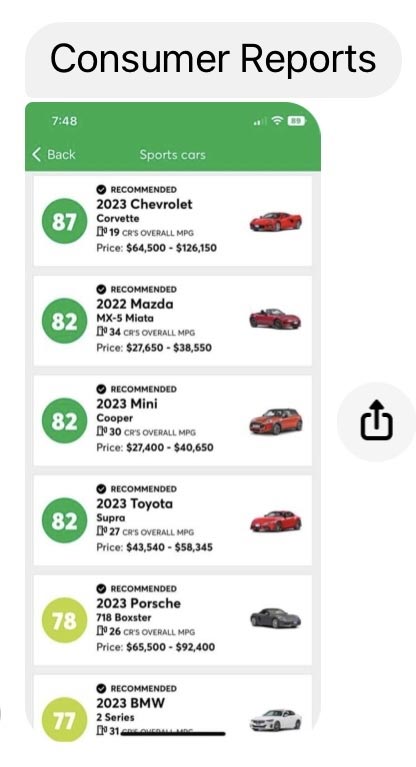 The report’s Road Test goes on to discuss the Corvette’s ride comfort provided by the Corvette Stingray Z51 with Magnetic Ride Control that was preferred over the Porsche 718 Boxster and the Toyota Supra. “Even in the softer default Tour mode, the adaptive suspension will feel on the firm side compared to most cars, but large potholes and other road imperfections don’t beat you up with a harshness or jarring character like in many other high-performance sports cars.” The Corvette’s braking was also explored with the magazine calling it “remarkable…on both dry and wet surfaces.”

But perhaps the real highlight comes when the discussion turns to the interior. This was always the Achilles Heel of the Corvette, according to our past coverage of reviews from Consumer Reports, but now it’s nothing but praise:

The C8’s interior is, finally, more fitting with the Corvette’s price and position as a top-flight sports car. Most of the panels throughout the cabin have a high-quality look, even if some of the pieces that look padded are actually hard. We appreciate the nice metal details, plenty of contrasting stitching on the doors, dashboard, center console, and steering wheel. We also like that the lower portion of the dashboard, including the glove box door, is padded instead of just hard plastic. The chrome and glossy black gear selector controls also look nice, and the glove box and the bin underneath the center armrest are both fully lined. The door pockets, too, show no visible mold line or rough edge—as they do in most cars—and are fully lined. Letdowns are few They include the flimsy-feeling plastic instrument cluster shroud, exposed seat-mounting bolts, and the low-quality-sounding paddle shifters. The optional GT2 leather seats are very nicely tailored, with perforated center sections and plenty of white contrasting stitching on the side bolsters and headrests. But, the upper, carbon-fiber portion of the seatbacks have a noticeably rough edge. Both the frunk and the rear trunk aft of the engine are nicely lined with very soft, pretty thick carpeting.

The only negative portion of the review we saw is due to several missing safety features, namely that the Stingray doesn’t have a forward collision warning and automatic emergency braking with pedestrian detection. Not only that but the blind spot warning and rear cross-traffic warnings are not standard on the base 1LT trim. We are actually in agreement with Consumer Reports on these items and have said previously that Chevy should make these safety features available across all trims.

The final takeaway from Consumer Reports on the 2023 Corvette Stingray is on par with the Grand Slam home run the Corvette Team was aiming for: “​​​​​​We came away from the experience impressed by the C8 Corvette’s performance and … thrilled with its fun-to-drive nature.”

This was a very good review for the 2023 Corvette Stingray. You can see the interesting snippets from the Road Test portion at the MidEngineCorvetteForum.com. The full report contains much more which you can read by subscribing to ConsumerReports.org.