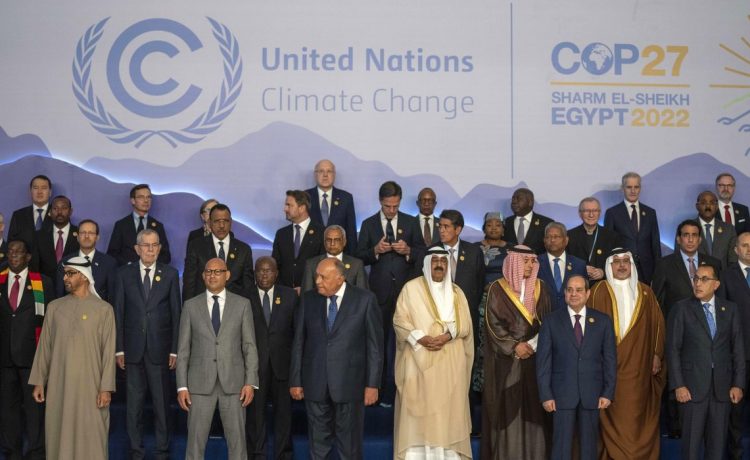 Environmentalists want renewed commitments to tackle global warming from world leaders this week at the annual United Nations climate conference after a year of backsliding on climate pledges amid turmoil in energy markets.

Soaring energy costs have underscored the globe’s reliance on fossil fuels for energy security, frustrating green advocates who increasingly feel the Conference of the Parties, or COP27 as it’s known this year, is nothing more than an annual socializing event to boost countries’ public images.

“It’s become basically either a large forum to exchange words and make grand statements, or it’s to come to network and has become a climate tourism thing where everyone wants to go,” said Kat Maier, national coordinator of Fridays for Future, the youth-led international climate group formed by activist Greta Thunberg.

“We’re at COP27. Twenty-seven years ago it was already so bad that we were like, ‘Hey guys, we need to get the entire world together to figure out how to attack the situation,’” she said. “Look at where we’re at now.”

This year’s conference, which will be held in Sharm el-Sheikh, Egypt, comes at a precarious time.

The world is reeling from energy costs that have skyrocketed while a war rages in Ukraine. Since last year’s COP meeting, nations have deprioritized their climate pledges as countries, particularly those in Europe, grapple with exorbitant energy prices exacerbated by Russia’s invasion of Ukraine.

A recent U.N. report concluded that countries’ “efforts remain insufficient” to limit a global temperature rise of 1.5 degrees Celsius by the end of the century, the Paris Agreement benchmark that scientists say would avert the worst impacts of climate change. Year-over-year global emissions have gone down slightly, but the report said participating countries are “still nowhere near the scale and pace of emission reductions required.”

Miss Thunberg, the teen climate activist from Sweeden, said she’ll boycott COP27 because it’s used for “greenwashing” and has become “an opportunity for leaders and people in power to get attention.”

COP27 is focussing on how to implement prior climate pledges, according to organizers. Among those will be “climate reparations” for how industrialized nations should pay poorer countries that have smaller carbon footprints but are hardest hit by climate change. Developed countries pledged in 2009 that they would dole out $100 billion per year by 2020, which never came to fruition.

The White House has been largely silent about this year’s summit, and there were questions about whether President Biden would attend given the midterm elections on Nov. 8.

This time around, Mr. Biden will tout the hundreds of billions of dollars that the U.S. has put toward clean energy and climate change through massive spending laws.

“At COP27, he will build on the significant work the United States has undertaken to advance the global climate fight and help the most vulnerable build resilience to climate impacts, and he will highlight the need for the world to act in this decisive decade,” said White House press secretary Karine Jean-Pierre.

After the GOP sent its first-ever delegation to COP26, an even larger group of Republicans will join this year, according to sources familiar with the matter. Last year’s group featured some of the most climate-conscious House Republicans, including Reps. Garret Graves of Louisiana, ranking member of the Climate Crisis Committee; John Curtis of Utah, chair of the Conservative Climate Caucus; Dan Crenshaw of Texas; and David McKinley of West Virginia.

Mr. Biden’s special climate envoy, John Kerry, will also be attending. He has vehemently denied reporting that he plans to vacate his post following COP27.

“I can’t stress enough: Secretary Kerry has no plans to depart, and his sole focus is COP27. Period. And anything else is baseless speculation,” Kerry Communications Director Whitney Smith said in a statement.

“John Kerry, in particular, has pushed this idea that climate is the singular and greatest issue we’re facing, that we all need to band together as a global community and transition away from fossil fuels toward renewable energy as quickly as possible,” Mr. Quill said. “I don’t think that’s withstood the test of the last year. There’s really an opportunity to look at climate change in a much more realistic way, take it seriously but also understand there are a lot of important considerations from national security to economic security.”