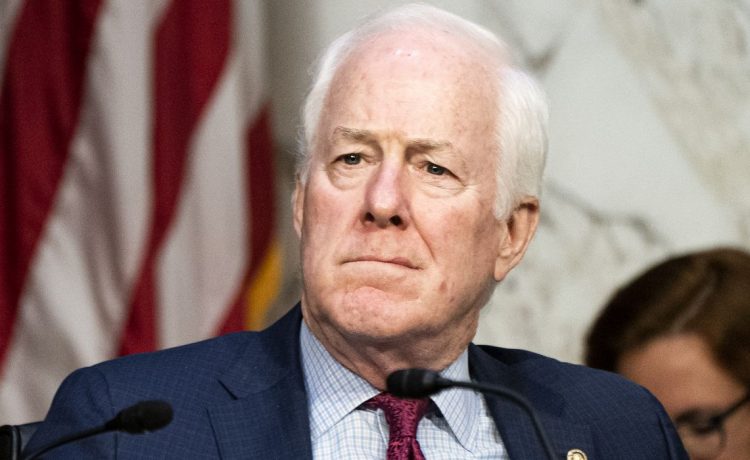 Sen. John Cornyn was booed at the Texas Republican Party’s annual convention for his efforts to craft a bipartisan deal on guns and school safety.

Mr. Cornyn, a Texas Republican who in the past has scored top ratings from the National Rifle Association, was interrupted numerous times while speaking to the convention. Attendees, in particular, shouted “boo” and “no gun control” as Mr. Cornyn tried to explain the gun legislation he was working on.

“I’m as passionate as you are about something called the United States Constitution,” Mr. Cornyn told the crowd. “That’s what I’ve heard from many of you here today and this week, and that’s what we’re working on, nothing more, and nothing less.”

Mr. Cornyn said that although the bipartisan legislation is yet to be finalized, it will not infringe on the rights of law-abiding gun owners.

“If we’re gonna change anything in this country, it should not be the right of law-abiding Americans to keep and bear arms,” he said. “That’s what I made clear to my fellow senators who approached me, asking me to work on mental health and school safety legislation.”

The crowd did not seem to buy the argument, however. Attendees openly jeered Mr. Cornyn at the convention, while countless others did the same on social media.

“Looks like Texans aren’t too fond of the Republican leader of gun control in the Senate,” Rep. Thomas Massie, Kentucky Republican, said on social media in response.

Mr. Cornyn is part of a bipartisan group of senators working on an ambitious update to the nation’s gun laws. To date, the group has garnered the support of more than 20 lawmakers behind a framework agreement.

Gun rights groups are mobilizing to oppose the bill, specifically highlighting the red flag provisions. They say such laws, even if left to the states, violate the right of due process for gun owners.

“Red flag laws are ripe for abuse,” said Erich Pratt, a senior vice president at Gun Owners of America. “They throw due process out the window and violate people’s rights by punishing them for what they might do.”